New powers voted in by MPs will allow the government to stop foreign human rights abusers from laundering money through their UK property portfolios.

Fifty MPs from across the political spectrum voted for the new amendment to the Criminal Finances Bill, which will allow authorities to seize assets from dictators and despots. 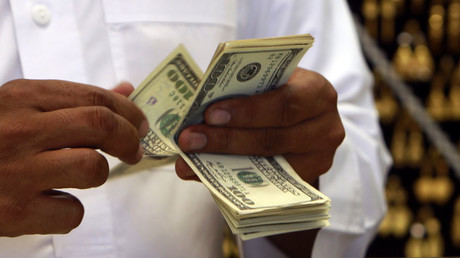 The move was ardently opposed by the Home Office, which has refused to give third parties the power to bring legal action and made sure such actions were enforced by the Assets Recovery Agency, rather than the High Court, apparently to avoid “vexatious claims based on gimmick politics” by NGOs.

Home Office minister Ben Wallace MP said passage of the new amendment is nonetheless a “clear statement that the UK will not stand by and allow those who have committed gross abuse or violations around the world to launder their money here.”

Tory MP Dominic Raab said that, while the move marks a step forward, there remains “an underlying concern about the extent the new powers will be enforced in practice.”

Raab has previously raised concerns that the UK is “becoming a haven for the blood money of the world’s nastiest despots and their henchmen.”

A huge quantity of corrupt wealth is laundered through London’s banks. The National Crime Agency (NCA) has estimated that up to £100 billion (US$122 billion) in tainted cash passes through the UK each year.

The Guardian revealed through the Panama Papers how a powerful member of Libyan dictator Muammar Gaddafi’s inner circle had built a multimillion-pound portfolio of boutique hotels in Scotland and luxury homes in London.

Scottish police have confirmed that they are investigating, but Libya’s request for an asset freeze has not yet been honored.

Research published by Transparency International in 2015 found that more than 36,000 London properties were owned by offshore companies whose source of wealth was unknown or unverified.