A Heathrow airport security worker has been arrested after 7 kilograms of cocaine was found in one of the airport’s toilets. The guard was arrested in the bathroom of Terminal 5 on November 23. Three others are also in custody.

Police arrested the guard, 30, from Southall, west London, after seizing seven kilograms of the Class A drug believed to be worth around £700,000 last Thursday. 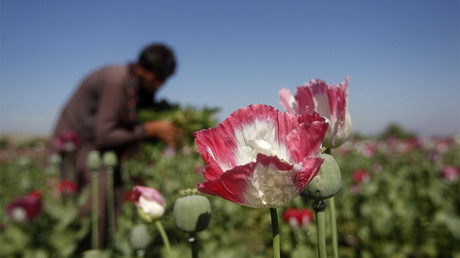 According to the National Crime Agency (NCA), the guard was arrested at around 3:30pm along with a Colombian passenger.

The Colombian, 37, is understood to have been handcuffed after arriving on a flight from the Colombian capital, Bogota.

Officers recovered the drugs after raiding the toilets in a joint operation between the NCA and the Metropolitan Police, the Daily Mail reports. Another two men were also separately arrested following the drugs bust.

One man, 43, was arrested in the arrivals area, while another, 46, was arrested following a search at an address in east London. All four men remain in custody and are being questioned on suspicion of drug importation offences.

Senior investigating officer Darren Barr said: “Heathrow Airport provided invaluable assistance in this operation, and working with partners such as the Metropolitan Police Service, Border Force and the Heathrow authorities, we are determined to target those who may be involved in criminality at the airport.”

“Corruption threatens the security of the UK border and the public at large, which is why we see it as a priority,” he said, according to the Daily Mail.