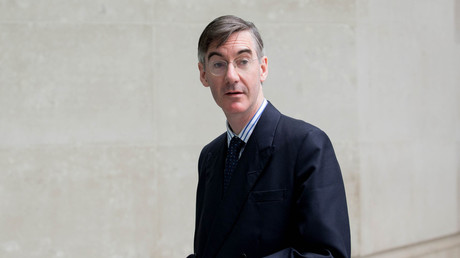 Vandals have launched an attack on the 17th century mansion home of right-wing Conservative MP Jacob Rees-Mogg in West Harptree, Somerset. According to reports the phrase ‘posh scum’ was daubed on the house’s windows.

Police said graffiti was daubed “on a building and on a car” and that damage was caused to a garden. The attack is reported to have taken place on August 1, while Rees-Mogg and family were holidaying in the US.

The Mail Online reported that along with ‘posh scum,’ the damage included graffiti reading ‘****head’ and ‘shut up and die,’ while an ‘A’ symbol for anarchism was also reportedly drawn.

The publication also reported that condoms were scattered around the garden alongside an unspecified sex toy.

The damage was found by the family’s maid on Thursday morning. Rees-Mogg shares his listed home, a former hospital named Gournay Court, with his six children and wife, Helena de Chair.