The Republican Party is scrambling after a restaurant cancelled a booking for a rally hosted by Donald Trump Jr. The venue says it wants to stay out of politics, but some angry Trump supporters have slammed the move online.

The president’s son and ex-Fox News personality Kimberly Guilfoyle are scheduled to campaign in Bozeman, Montana next week for Republican Senate candidate Matt Rosendale. They had planned to host a large dinner where Trump and Guilfoyle intended to speak to more than 200 people who had reportedly reserved tickets – but Bozeman’s Midtown Tavern had other plans. 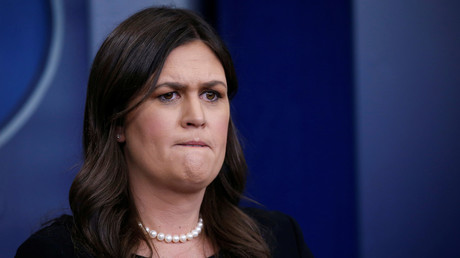 “We’re a restaurant,” he simply stated.

The “neutral” move has sparked mixed reactions on both sides of the political spectrum, with some taking to social media to have their voices heard. “Too political for my taste!” said one person, leaving a Facebook review for the restaurant. “Stop being a Democratic Shill,” another fired back.

Some took to review website Yelp to make their feelings known. “I hope they go out of business as an omen to any other Bozeman restaurant that tries to put politics over food… MAGA,” Yelp user Jay L said, with another commenting “don’t eat here. They are biase (sic).”

Not all the reviews were negative, however. According to Al B, the Midtown Tavern “serves up some fine vittles with good service and a good attitude” with the added bonus that “scum-sucking sons of orange foecal monsters are not welcome, so you can enjoy your food & drink in a convivial atmosphere, free from the fetid miasma of the first family!” Another user Greg B said “Don Jrs. not welcome. What more could you ask for?”

This is not the first time that Trump-backers have been shunned in public due to their Republican ties. White House Press Secretary Sarah Sanders was refused service at a restaurant in June, prompting accusations that Trump’s aides are the target of liberal “bigotry.”

Other Trump supporters were chased out of a restaurant by protesters in August following public outrage over the separation of immigrant families at the southern border, and a congressional candidate and Trump supporter in Michigan claimed that a country club canceled her scheduled fundraiser because of her views.