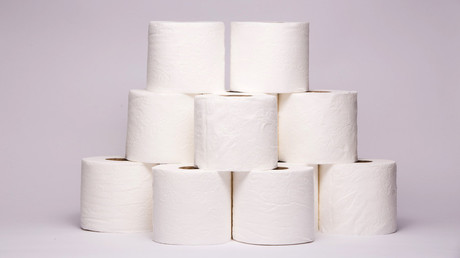 Twitter’s favorite Mexican standoff – #PooWatch – has come to a disappointing end. Lamarr Chambers has spent 47 days in custody refusing to go to the toilet, after allegedly swallowing Class A drugs to thwart police officers.

Twitter users have been keeping track of Essex Police’s #PooWatch, which provided interested parties and fecal fiends with updates on Chambers’ bowel movements or lack thereof. Having refrained from releasing the hounds, the 24-year-old was released from police custody on Monday.

The Crown Prosecution Service dropped the charges against him, which related to driving and apparent possession with intent to supply a Class A drug, citing “insufficient evidence.” Although the charges were dropped, he was subsequently rearrested on a new charge –suspicion of being concerned in the supply of a Class A drug.

Absolutely class from him. I’ve been following #poowatch from day one. Truly inspirational.

He has since been released on bail and taken to hospital for treatment. The police force said that while on remand Chambers was routinely supplied with food and water. He also received medical visits every day.

Trish Macnair, from the Primary Care Society for Gastroenterology, told the BBC that holding on to a poo for prolonged periods of time carries a “small risk of the bowel swelling and bursting… In a young, healthy person, you’d expect the bowel to empty itself before that happened.”

We now enter day 9 of our detention of the male arrested for possession with intent to supply, @cpsuk representative made a very good point their summary to the magistrates “the one person preventing this from being resulted is the defendant himself” another 8 days authorised 👊 pic.twitter.com/TudAjl3nYT

“You won’t get a devastating buildup of toxins that can poison the body in such a short space of time,” she said.  “You’re just going to get a lot of uncomfortable stretching of intestinal tubes.”

Police had applied for custody extensions at seven court hearings as they waited for Chambers to evacuate. What exactly happened when he was taken to hospital is as yet unclear.