The family of an Egyptian student killed in an alleged racist attack have slammed police for missing “vital warnings” she could be targeted. Mariam Moustafa, 18, died on Wednesday after being beaten to death by a group of girls.

Moustafa’s family claim they had previously made an official complaint to the police in August after Mariam had been targeted and left with a broken leg. They claim the police failed to act sufficiently on the case.

The victim was in an induced in a coma at the Queen’s Medical Centre, where she had been taken after being assaulted in Victoria Centre, Nottingham, on February 20. She was then transferred to Nottingham City Hospital, where she succumbed to her injuries on Wednesday. 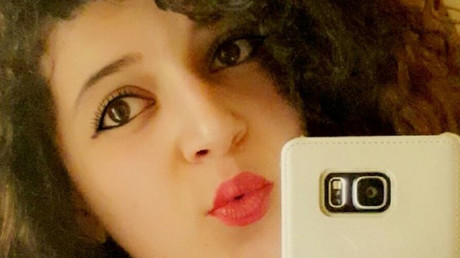 Her sister Malak, 16, said Miriam had been assaulted by the same group of girls alleged to have killed her.

“She recognized them from the first attack and tried to walk away, they started shouting at her and followed her,” she said, the Times reported.

“They’re all younger than us. I think they are aged between 15 and 17. I don’t know who they are, and they go to a different school.”

Malak hit out at authorities saying: “I do think that vital warnings were missed. The police should’ve done something after the first attack, but they did nothing. After the first attack, a complaint was filed and that was it. The second time they just said they were reopening the case and that was it. There has been little communication even after our family has been ripped apart.”

The teenager said the only person who tried to protect Mariam was a friend from college who happened to be aboard the bus on which the engineering student was attacked.

“I’m upset with everyone to be honest. No one did anything. Something could’ve been done, and if the police did, then she would still be here,” Malak said. 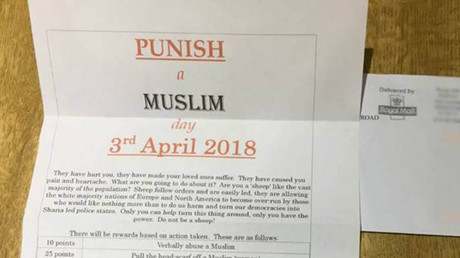 The girls’ father, 49-year-old Mohamed, backed his wife’s claims that their elder daughter had been the victim of a racist assault.

“I don’t know why they attacked her the first time, but they recognized her the second time and went after her again. My wife and I think it was racially motivated because Mariam didn’t know these girls. Why would you attack someone randomly?” he asked, according to the Times.

“They were all of different color skin to Mariam. Maybe that is why they did this — they also called her ‘black rose’. I just don’t know why they would attack her when she did nothing wrong.”

Only one of the alleged attackers, a 17-year-old, has been arrested on suspicion of assault causing grievous bodily harm. She has been released on bail pending further investigation.

“Our thoughts are with the woman’s family, who we are giving support to at this difficult time,” said Detective Chief Inspector Mat Healey, of Nottinghamshire Police. “Our investigation is ongoing and extensive inquiries have already been completed but we’re urging anyone with any information that could help us with our inquiries to get in touch with us as soon as possible.

“We know there were a lot of people standing at the bus stop when the assault happened and we’re urging them to please come forward with any information which could help us,” he said, the Times reported.