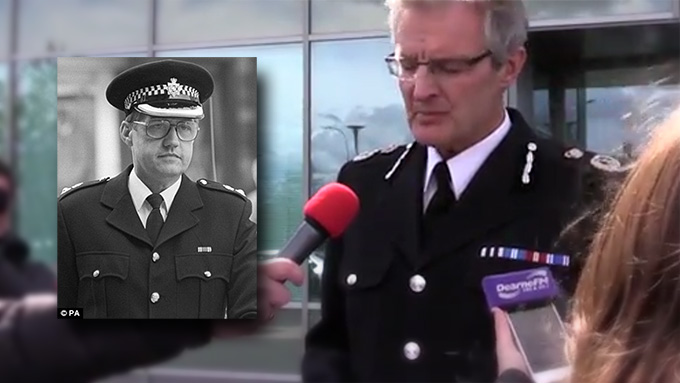 South Yorkshire Police today face questions over whether powerful ‘secret society’ the Freemasons held sway over the force at the time of Hillsborough.

Families of victims say that officers who were Masons were promoted into powerful positions despite being ill-equipped, including match commander David Duckenfield.

Duckenfield told the fresh inquests he had been a Freemason since 1975 and became head of his local lodge – a worshipful master – the year after the 1989 disaster.

The match commander, 46 in 1989, was handed control of F Division, which included policing games at Hillsborough, just three weeks before the tragedy.

He was forced to admit at the inquests that he had no experience of policing football, did not know Hillsborough and ‘wasn’t the best man for the job’.

At the time there was fury among colleagues who believed it was his freemasons membership that was behind his promotion.