A poem by renowned 19th century writer Rudyard Kipling has been scrubbed off the walls of a university student union amid claims his literature “dehumanised people of colour” and that he was an apologist for British colonialism.

Students, who claimed the poem went against what their union stood for, replaced Kipling’s ‘If’ with US civil rights activist Maya Angelou’s ‘Still I Rise’ at Manchester University’s student union.

Kipling’s poem was put up as part of the union’s refurbishment, but Sara Khan, the liberation and access officer, said students should have been consulted beforehand.

“We, as an exec team, believe that Kipling stands for the opposite of liberation, empowerment, and human rights – the things that we, as an SU [student union], stand for,” Khan wrote in a Facebook post.

“Well-known as author of the racist poem ‘The White Man’s Burden’, and a plethora of other work that sought to legitimate the British Empire’s presence in India and dehumanise people of colour, it is deeply inappropriate to promote the work of Kipling in our SU, which is named after prominent South African anti-Apartheid activist, Steve Biko. 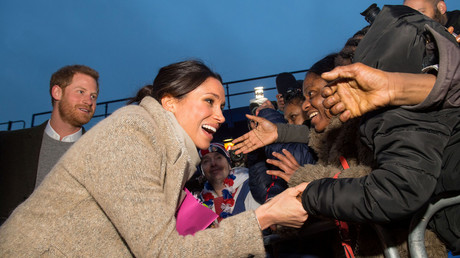 “As a statement on the reclamation of history by those who have been oppressed by the likes of Kipling for so many centuries, and continue to be to this day, we replaced his words with those of the legendary Maya Angelou, a black female poet and civil rights activist.”

Manchester University declined to comment saying it was a matter concerning the SU.

A spokesman for Manchester’s SU said, according to the Telegraph: “We understand that we made a mistake in our approach to a recent piece of artwork by failing to garner student opinion at the start of a new project. We accept that the result was inappropriate and for that we apologize.”

Kipling was popular at the beginning of the 1900s for his children’s literature and short stories, becoming the youngest recipient of the Nobel Prize for Literature in 1907.

His reputation was later mired, however, by claims his literature had racist overtones, with ‘1984’ author George Orwell branding him “morally insensitive” and a “prophet of British imperialism”.