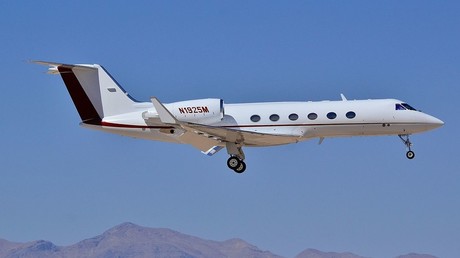 A plane is stuck in mid air over New Jersey, attempting to land after blowing two of its tires off during takeoff.

The plane reportedly took off around 10.50 am on Tuesday from New Jersey’s Teterboro Airport, bound for London Luton Airport in the UK. Two of the aircraft’s tires blew off, and the plane is now circling Westfield-Barnes Regional Airport in Massachusetts, preparing to make an emergency landing, ABC7 reported.

Emergency crews are en route to Westfield-Barnes, preparing to respond to the crash landing.

The plane was expected to make a crash landing at Teterboro around noon, but was diverted to Westfield-Barnes. The plane may be circling to deplete its gas tanks in order to minimize the risk of fire on landing.