A woman dubbed the Pickpocket Queen of Birmingham is being jailed for a third time after preying on vulnerable residents, including the elderly and pregnant women.

Margaret Johnson, 40, has committed 153 offenses, 93 of them for theft. She was caught on CCTV pickpocketing around supermarkets just six days after being released from prison.

Johnson, who has no fixed address, was first spotted stealing from a handbag at a Lidl store in the area of Tile Cross on January 24.

Less than an hour later she was spotted stealing a mobile phone from another shopper in Chelmsley Wood Asda.

Officers said she had “stooped to new lows.”

Johnson was handed a two-and-a-half-year sentence at Birmingham Crown Court on March 10.

She admitted to six offenses and to breaching a Criminal Behavior Order (CBO) she had been given under her previous sentence, which banned her from large parts of Birmingham city center and stores including Poundland, Iceland and Asda across the West Midlands.

“She is someone who thinks absolutely nothing about preying on the most vulnerable people in society and stealing money from them that they can ill-afford to lose.”

On February 2, a 76-year-old woman, whose grandson suffers from Down’s syndrome, was targeted as she shopped in the same Lidl store in Tile Cross.

Johnson was reportedly seen on CCTV stalking the pair around the aisles, and as the pensioner turned her back the thief grabbed her handbag from inside the trolley.

The woman reportedly lost cash and bank cards, as well as a glass eye that had belonged to her son, who died in a car accident 30 years ago, which she kept in her handbag, according to West Midlands Police. 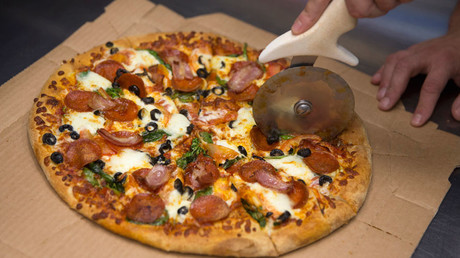 Johnson is also accused of stealing a handbag from an 84-year-old woman on January 25 at Aldi in Chester Road, Castle Bromwich.

Her next target came the following day as she stole a phone from a pregnant shopper at Home Bargains at Stechford Retail Park.

“She deliberately targets elderly, lone female shoppers – people she considers easy targets – and when an opportunity arises she slyly swipes their bags or slips purses or mobile phones from pockets,” Slater said.

“Even by her own despicable standards she has stooped to new lows with these offenses.”

The sergeant also said that Johnson had been given “sufficient opportunity” to change her behavior but rejects being followed by offender management teams, throwing “support back in our faces.”

“Shoppers in the city are much safer with Johnson in prison,” Slater added.

According to police, Johnson had previously been in jail for more than 10 months for theft offenses, including one against a 90-year-old woman at a Poundland in Sutton Coldfield, just four days after being released from an earlier jail sentence.