A petition calling for US President Donald Trump to immediately release his full tax returns has reached the required 100,000 signatures to secure a response from the White House. 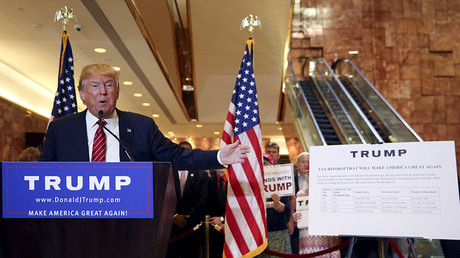 The petition surpassed the goal of 100,000 signatures less than 24 hours after the call to action was made, meaning the White House is obligated to give an official reply within 60 days.

“The unprecedented economic conflicts of this administration need to be visible to the American people, including any pertinent documentation which can reveal the foreign influences and financial interests which may put Donald Trump in conflict with the emoluments clause of the Constitution,” the petition reads.

The newly sworn-in president shunned tradition by refusing to release his tax returns during the election. The exact amount of Trump’s wealth is still unknown, though Forbes estimates his net worth to be $3.7 billion.