Speaking to RT, former US congressman and presidential candidate Ron Paul said that “enough is enough” for the American military presence in the Middle East.

“I wish the American people would wake up and say ‘enough is enough,’” said the 82-year-old Republican maverick, days after NATO chief Jens Stoltenberg announced that the alliance’s forces will remain in the country despite a parliamentary ruling in Baghdad calling for the withdrawal of all foreign troops, claiming NATO forces will “not stay longer than necessary.” A long-time critic of US foreign policy and interventionism as well as an opponent of the Iraq War, Ron Paul told RT that maintaining the American presence in the region was a bad idea.

“Their definition of ‘necessary’ is a lot different from other people’s. The people of Iraq have spoken, their legislative body have voted and said we ought to leave, and I think that’s a grand idea,” Paul said. 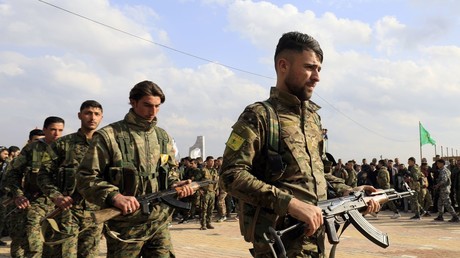 Although many libertarians and conservatives were opposed to US military intervention, and even President Trump has privately called the Iraq War “the dumbest thing we’ve ever done,” Paul explained there are elements in both the Republican and Democrat parties that think it’s moral to keep these conflicts going, even though actually they make the situation worse.

“Because of the disruption and the chaos in Iraq, al-Qaeda has moved in, [before] they weren’t a problem. It’s a reaction to our policies. Our policies stir up these hatreds and the organizations of these radicals. A growing number of people recognize this, but unfortunately our governments, whether they are of the Republican or Democrat party, are endorsing this idea that we have this moral obligation to straighten everything out because we have to spread American exceptionalism and bring peace to the world. But there’s always other reasons for doing this.”

These reasons, Paul said, have to do with the huge sums of money involved.

“We always have to have an enemy that’s about to attack us, whether its Saddam Hussein or North Korea. They use that to justify the continuation of the military-industrial complex,” the Texas politician explained. “We have to build more weapons, we have to rebuild our nuclear systems, it goes on and on and I think it’s war profits that drive a lot of this. It certainly isn’t national security.”

Given the fragility of the US economy and the ability of other nations to sort problems on their own, Paul says it would be best if Washington were to forget about both trade wars and shooting wars altogether.

“On some days it sounds like North Korea’s the biggest threat. But I don’t think they’re going to attack America. As a matter of fact, I think if we left them alone, the North and the South would get along together – I thought the Olympic breakthrough was great, I think the delegation going to the North was great, and the softening stance of the president of South Korea as well as our president’s softened stand too, and I hope that continues.