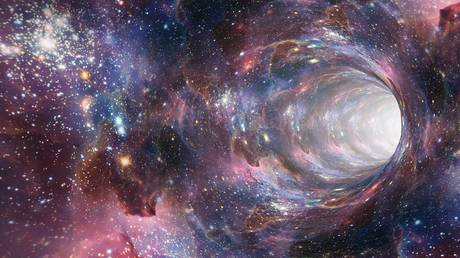 “Invisibility Cloaking” and “Cognitive Limits on Simultaneous Control of Multiple Unmanned Spacecraft” (because who doesn’t want to know how many drone spaceships one person can control with his mind?) are just two projects that may have been funded by the Defense Department’s Advanced Aerospace Threat Identification Program (AATIP), according to a tantalizing list released this month by the Defense Intelligence Agency in response to a Freedom of Information Act request by Steven Aftergood of the Federation of American Scientists’ Project on Government Secrecy.


Projects like “Warp Drive, Dark Energy, and the Manipulation of Extra Dimensions” and “Concepts for Extracting Energy from the Quantum Vacuum” are listed with their authors and a variety of affiliated institutions, from the University of Texas at Austin to Lockheed Martin. Theoretical physicist Richard Obousy is credited with the “Warp Drive” proposal, which appears to have been at least partially funded – his Icarus Interstellar nonprofit was praised in 2009 for “creating a scientifically accurate warpship design” that could (theoretically) manipulate dark energy to propel itself through space.

AATIP was the Pentagon’s “UFO unit” whose existence was not publicly acknowledged until 2017, when the military intelligence official who ran it, Luis Elizondo, retired. Dedicated to the study of so-called “anomalous aerospace threats,” the program was overseen by former Senate majority leader Harry Reid, who funneled $22 million its way from 2007 to 2012. The New York Times claims most of that cash went to Reid’s friend, UFO hunter Robert Bigelow, through his company Bigelow Aerospace, but it’s impossible to tell how much (if any) capital was behind “Traversable Wormholes, Stargates, and Negative Energy.”

Elizondo says government funding for AATIP dried up in 2012, but that “the effort continued” within other government departments.


While most of the titles on the DIA’s list are marked “unclassified,” one paper – “State of the Art and Evolution of High Energy Laser Weapons” by one J. Albertine of Directed Technologies – is listed as “secret.”

Also on rt.com
NASA scientist says we need to reopen the book on whether aliens visited Earth


Other projects appear less than thrilling – tucked in among these titles is the curiously pedestrian “Maverick Inventor Versus Corporate Inventor.”

“I think anyone who looks at these titles will scratch their heads and wonder what on earth the Defense Intelligence Agency was thinking,” Aftergood said. “These are the kinds of topics you pursue when you have more money than you know what to do with.”

Also on rt.com
‘What the f**k is that thing?’ UFO encounter captured in newly-declassified navy footage (VIDEO)