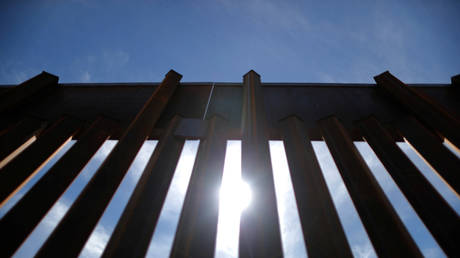 The Pentagon has formally greenlighted the transfer of up to $1 billion towards the construction of “roads and fences” as well as lighting along the US-Mexico border wall, as part of a crackdown on drug trafficking.

In a memo to Secretary of Homeland Security Kristjen Nielsen, acting defense chief Patrick Shanahan wrote that he authorized the US Army Corps of Engineers to “immediately begin planning and executing up to $1 billion” in support of the range of activities necessary to seal “11 drug-smuggling corridors.”

In a letter to DHS, acting Defense Secretary Shanahan says he has authorized the transfer of $1 billion to begin new wall construction/repairs along the US-Mexico border – including “57 miles of 18-foot-high pedestrian fencing” in support of Trump’s national emergency pic.twitter.com/JdtDmWSLom

The US military would be coordinating its efforts with the Department of Homeland Security and the Customs and Border Protection (CBP) agency.

Shanahan wrote that, in order to disrupt the traffic of narcotics into the US, the military would embark on the construction of roads, fences and lighting within the El Paso and Yuma sectors of the border. The works would include building new border security infrastructure, including a construction of “57 miles of 18-foot-high pedestrian fencing.”

Shanahan said that the Pentagon’s authorization is based on the Department of Homeland Security’s own request to ensure that drugs are no longer sneaked over the US border. In allocating the means, the Pentagon follows the provision of the US law that allows it to engage in border wall construction to “block drug smuggling corridors across the international boundaries of the United States.”


By finding the money for what is presumably to become a section of the Trump border wall, the Pentagon withholds funds from other projects. Such redirection of funds did not sit well with Democrats in Congress, who have been long-opposed to the “immoral, ineffective” and costly barrier.

The Senators in particular saw red over being sidestepped by the Pentagon, which had not sought the lawmakers’ approval before it revealed the “reprogramming” of its funds that had been reportedly earmarked for personnel.

CNN reported that all Democratic Senators sitting on the Senate Appropriations Committee’s subcommittees on Defense and Military Construction, Veterans Affairs and Related Agencies were “strongly objecting” to the move in a letter to the Pentagon. They argued that the maneuver is also “in violation of provisions in defense appropriation itself.”

“As a result, we have serious concerns that the Department has allowed political interference and pet projects to come ahead of many near-term, critical readiness issues facing our military,” they wrote.

Trump declared an emergency on the US southern border on February 15 after he failed to secure enough funding for his border wall through Congress, after his attempt to negotiate with House Democrats fell flat and saw the government plunging into a record-breaking shutdown. Both the Republican-controlled Senate and the Democrat-controlled House rejected the declaration by simple majority, but did not have enough votes to override the subsequent veto issued by Trump.

In a new budget proposal for the 2020 fiscal year, released earlier this month, Trump asked for a whopping $8.6 billion in border wall spending.

Last week, the Pentagon told Congress it had identified $12.8 billion in other projects that could be redirected towards the construction of the wall.