US Cybercom has been elevated to a combatant command, a major boost to its power and autonomy in line with a new US strategy to focus on digital threats from Russia, China and Iran.

“The cyber domain will define the next century of warfare,” said Pentagon spokesperson Dana W. White said in a press briefing as she announced the decision, which had been put forward by Defense Secretary Jim Mattis last year.

Cybercom will join the nine existing permanent commands that report directly to Mattis. The existing commands are divided either by geographical areas, such as the US European command, or areas of responsibility, like the Spec Ops command, and the Strategic command, of which Cybercom was formerly a part.

According to White, with its new status, Cybercom “will play a critical role in training the military’s cyber warriors, advocating for more cybersecurity resources, and planning and conducting cyber operations.” 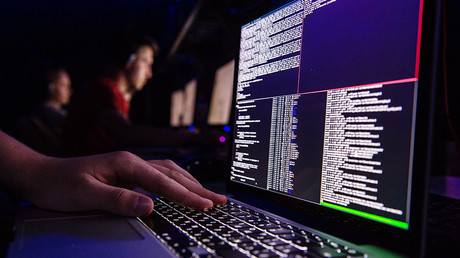 In a ceremony on Friday, its new chief Paul Nakasone, will receive his fourth star to become a full general. Nakasone, whose appointment was unanimously confirmed by Senate last month, is also simultaneously taking control at the NSA, creating a tighter bond between US military, intelligence and civilian cyber capability.

In March, Cybercom, which was formed only in 2009, published an ambitious “roadmap” that promised a “new approach” to digital warfare and security, promising to retain a “decisive advantage” in the arena.

“We have learned we must stop attacks before they penetrate our cyber defenses or impair our military forces; and through persistent, integrated operations, we can influence adversary behavior and introduce uncertainty into their calculations,” proclaimed the document. “Our forces must be agile, our partnerships operational, and our operations continuous.”