The Pentagon has banned the sale of Chinese-made Huawei and ZTE phones on US military bases, over fears that they may be hacked and used for espionage purposes by the Chinese government.

“Huawei and ZTE devices may pose an unacceptable risk to Department’s personnel, information and mission,” Pentagon spokesman Major Dave Eastburn told CNET on Wednesday. “In light of this information, it was not prudent for the Department’s exchanges to continue selling them to DoD personnel.”

While the Chinese-made phones will no longer be sold at Exchange stores on bases, personnel will still be allowed to purchase them elsewhere. Eastburn said that the Department of Defense is still mulling issuing a wider advisory on the phones. 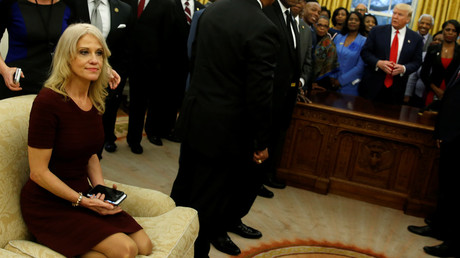 Immediately after the ban was announced, Huawei and ZTE phones were also pulled from the military’s online Exchange store.

Wednesday’s ban comes after six top US intelligence chiefs voiced concerns about the phones to the Senate Intelligence Committee in February. All six intelligence bosses testified that they would never use a Huawei or ZTE phone.

“We’re deeply concerned about the risks of allowing any company or entity that is beholden to foreign governments that don’t share our values to gain positions of power inside our telecommunications networks,” FBI Director Chris Wray stated. “It provides the capacity to maliciously modify or steal information. And it provides the capacity to conduct undetected espionage.”

Huawei tried to break into the US market earlier this year through a partnership with carrier AT&T. The deal was axed, however, reportedly due to lobbying from the government. Last month the US Commerce Department banned American companies from exporting products and services to ZTE.

The Chinese government did not respond immediately to the Pentagon’s most recent ban, but Foreign Ministry spokesman Geng Shuang told reporters in February: “I don’t know where the United States’ sense of insecurity comes from,” cryptically adding: “But I want to emphasize that in this world there is no such thing as absolute security.”