The Pennsylvania attorney general has revealed that the Vatican was aware of the massive cover-up of dozens of sex crimes against children in the state’s dioceses, since the bishops shared their secret archives with Rome.

In another twist in the widening Pennsylvania church scandal, state Attorney General Josh Shapiro told CBS’ This Morning show that while keeping the public and the police in the dark about child abuse by Catholic priests, the bishops documented all the cases and handed the damning evidence over to the Vatican. 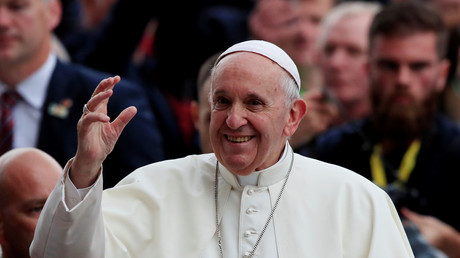 “There are specific examples where when the abuse occurred, the priests would go, the bishops would go and lie to parishioners, lie to law enforcement, lie to the public, but then document all the abuse in secret archives that they would share oftentimes with the Vatican,” Shapiro said, noting that the papers show that the Vatican was not only aware of the wrongdoings of the Pennsylvania priests but “were involved in cover-up.”

When asked if the cover-up goes “all the way up to the Pope,” Shapiro shied away from implicating Pope Francis or any of his predecessors in sweeping the potentially bombshell revelations under the rug for over 70 years. The transgressions were studied in a 900-plus-page report by a grand jury, the redacted version of which was made public by Shapiro on August 14.

The report covers six of the state’s dioceses, while two others were investigated earlier.

So far, authorities have charged two priests named in the report. Shapiro blamed Pennsylvania’s “weak laws” for the lack of more prosecutions – the state’s short statute of limitations prevents the authorities from pursuing charges against dozens of others, he explained. Additionally, over 100 priests suspected of child abuse and listed in the grand jury report have already died.

Of the two people charged, one is a former priest and a known sexual predator who already pled guilty, and the other will go on trial this fall.

Shapiro urged victims of sex abuse to come forward through the specially set up hotline that has been functioning since Monday. So far, over 700 people have used the “clergy abuse” hotline. 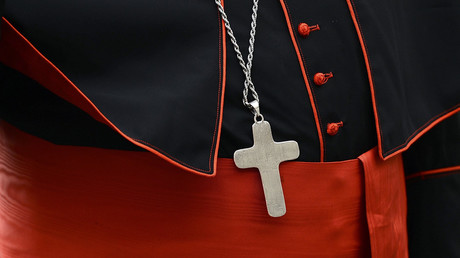 Asked if he believes that the effort to stifle allegations against priests is still under way, Shapiro lashed out at the archbishop of Washington, Cardinal Donald Wuerl, who is accused in the report of covering up cases of child abuse by priests when he led the Pittsburgh diocese from 1988 to 2006. Wuerl allegedly reinstated the accused priests back into their ministries.

It was alleged by the Vatican’s former ambassador to the US, Archbishop Carlo Maria Vigano, that Wuerl was also informed by the Vatican of the misdeeds by his predecessor in the Washington diocese, Cardinal Theodore McCarrick, but did nothing to make them public. Vigano claimed that he told Pope Francis about the allegations of sexual abuse against McCarrick in 2013, but the pontiff apparently did nothing. McCarrick resigned last month.

Wuerl denies the allegations against him.

“I believe that statements made by bishops in Pennsylvania, by Cardinal Wuerl specifically, to deny this does further the cover-up. It covers up the cover-up,” Shapiro told CBS News.

The investigation into the sex abuse by priests in the US is set to expand and is bound to go beyond Pennsylvania’s borders, Shapiro said, as he revealed that he has received calls “from more than a dozen attorney generals” from across the country.