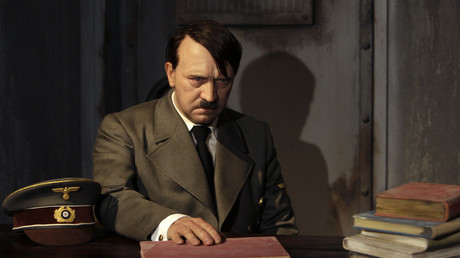 Infowars editor-at-large Paul Joseph Watson has been called out for misquoting Hitler. Guardian columnist Owen Jones revealed that the passage used by Watson wasn’t uttered by Hitler at all – but by a man he murdered.

Watson, who works for Alex Jones’ Infowars, tweeted a quote he attributed to Adolf Hitler, which read: “We are socialists, enemies, mortal enemies of today’s capitalist economic system for the exploitation of the economically weak, with unfair salaries…”

The Twitterati was quick to point out that the statement belonged to one Gregor Strasser, an early prominent German Nazi official and rival to Hitler. Strasser was murdered in 1934 during the Night of the Long Knives.

False. This quote belongs to Gregor Strasser (who Hitler killed in 1934).

The Nazis used ‘Socialist’ as a cynical ploy to win working-class support. Hitler was helped to power by big business (who backed him) and Germany’s traditional right – and liquidated the left and labour. https://t.co/GNZAK26GiV

Watson soon received a response from self-confessed socialist Jones. “The Nazis used ‘socialist’ as a cynical ploy to win working-class support,” Jones said. “Hitler was helped to power by big business (who backed him) and Germany’s traditional right – and liquidated the left and labour.”

Here’s Hitler in Mein Kampf on why the Nazis chose the colour ‘red’, for example – quite literally to piss off the left as well as to gain a hearing from their followers. pic.twitter.com/cZbZFSdQdk

Some in the Twittersphere decided to pile in on the feud. Watson’s face is now all over the internet, accompanied by collections of obscure, bizarre, and totally inaccurate quotes.