While the UK collectively holds its breath to see whether International Development Secretary Priti Patel will emerge from 10 Downing Street unscathed, Palestinian activists and academics have denounced the Tory MP’s deceptive conduct.

Some have called Patel’s secret meetings with Israeli officials (while ‘on holiday’) “disappointing” and “a matter of grave concern,” while others have been much harsher on the embattled MP.

Academic Dr Ghada Karmi, research fellow at the Institute of Arab and Islamic Studies at the University of Exeter, said Patel’s actions have reminded Palestinians they have no friends within the British government – just as things were a century ago.

“The current government marked the Balfour centenary on November 2nd ‘with pride’ – as if dispossessing the native population of Palestine in 1948, or supporting the apartheid state that was created then were causes for pride,” Karmi said.

“And now that the British secretary of state for International Affairs Priti Patel has been caught out making unauthorized contacts with members of the Israeli government… Israel’s interest in Patel has to do with cutting off British aid to the Palestinians through her department, and also to fighting the Boycott, Divestment, Sanctions (BDS) campaign, both of which Patel is in a position to bring about.” 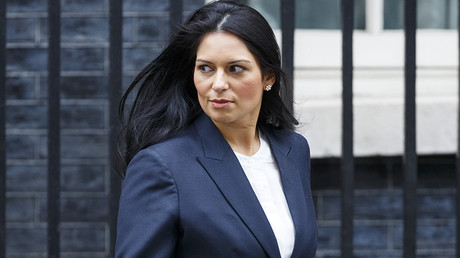 Dr Karmi went on to question Patel’s motives, speculating whether her shady meetings were merely a prelude to a leadership power-grab.

“It seems what is in it for her is a leg-up in her bid to become the next British prime minister,” the Palestinian born academic and author said.

But Dr Karmi wasn’t alone in questioning if Patel’s secret dealings were an attempt to strengthen her future in politics . A statement released by the Palestinian Mission to the UK echoed the same concerns.

“It may be that the minister is also trying to strengthen her own political career with such formidable friends who may have been disheartened by the Foreign Secretary’s recent talk of the unfinished business of the Balfour declaration and his support for the establishment of a Palestinian state,” the statement said.

“We urge the government of Prime Minister Theresa May not to add insult to injury after the celebratory ‘marking’ of the Balfour declaration and to make a public statement about this scandalous affair to assure the international community that Britain is still firmly committed to the two-state solution,” the statement by the Palestinian Mission to the UK added.

Patel’s tangled web of secrets has unravelled even further, with details emerging of another two secret meetings with Israeli officials revealed in addition to the 12 already exposed to the public.

It is now claimed that she met with Israel’s Public Security Minister Gilad Erdan at Westminster and foreign ministry official Yuval Rotem in New York in September.

A Jews for Justice for Palestinians spokesperson told RT that working towards peace between Israel and the Palestinians is fraught enough without a British government minister potentially subverting established UK policy. 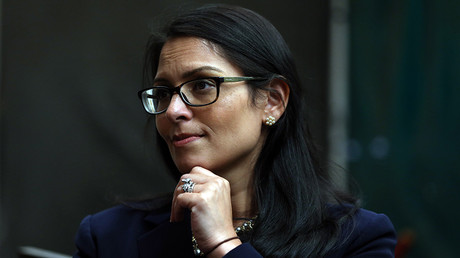 “As Jewish opponents of the occupation, JJP is concerned that… Patel has cut aid to the Palestinian territories, where the population is often impoverished as a result of the occupation. Instead, she seems to want to channel UK aid to projects involving the Israeli Defence Forces. We question the financial sense and moral purpose of her actions.”

A Number 10 spokesman confirmed that a conversation had taken place between Patel and Israeli officials, after it was reported that she had suggested funneling money to Israel’s armed forces to assist with medical support for wounded Syrian refugees.

“The Israeli army runs field hospitals there to care for Syrians wounded in the civil war,” the prime minister’s spokesman said.

“But there is no change in policy in the area. The UK does not provide any financial support to the Israeli army.”

“That she would conduct a visit to occupied territory and propose giving aid to support the illegally occupying military force in that area, whatever the intended usage of the money, is worse,” Jamal said.

“But scrutiny also needs to be given to the fact that two of the secret meetings were with Gilad Erdan. He has no developmental brief. His ministerial brief is to suppress activism for Palestinian human rights on Israel and abroad. The purpose of Patel’s meetings with him and the full agenda need to be disclosed.”

Patel is currently meeting with May, where it’s expected she will be sacked.