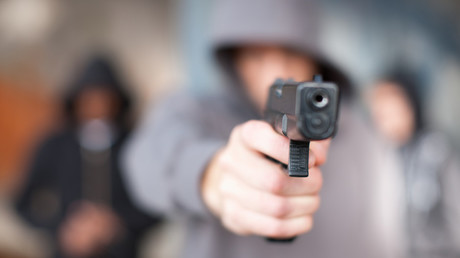 A new report has revealed the seriousness of gang violence in the United Kingdom. According to the National Crime Agency, rising gang activity “affects more UK citizens, more often, than any other national security threat.”

The annual report shines a light on the UK’s underbelly – the NCA estimates 4,629 gangs are active in the UK, and the use of illegal firearms is on the rise as more and more weapons are smuggled across borders from Europe.

The report also identified cyber crime as a growing threat to public safety, increasing in both scale and complexity. NCA Director General Lynne Owens said that the annual report has shown that organized crime groups are exploiting digital technology, such as using encryption services to communicate and dark web marketplaces to aid their activities.

“Criminals are continuing to develop international connections to increase the reach of their activity, and to maximise profits,” Owens said. “We are also seeing ever-increasing crossover between crime threats, with finance at the heart of this. Organised criminals involved in smuggling of people or firearms also supply drugs, and the relationship between organised immigration crime and modern slavery is becoming more apparent.

“Criminal groups seek to make as much money as possible from the suffering and exploitation of others, and continue to put the public at risk. The increasing sophistication of crime groups, coupled with the changing nature of their geographical reach, demonstrates more than ever the requirement for an increasingly co-ordinated response.”

The NCA report also shone a light on the issues that the criminal justice system faces when dealing with cyber crime: “The combination of encryption and anonymisation pose substantial challenges to law enforcement’s collection of intelligence and evidence,” the NCA report said.

“The dark web is a small section of the Internet that is intentionally hidden and inaccessible through standard web browsers… where illegal commodities are traded, forums for the sharing of [child sexual exploitation and abuse] material, networking with other criminals and a number of enabling services such as cryptocurrency exchanges.”

Corruption, modern slavery, and money laundering were also reported to be on the rise. The report singled out Russia, China, Hong Kong, Pakistan, and the United Arab Emirates as the countries believed to deeply involved with money-laundering inside the UK.