Shutting immigration removal centers (IRC) is the only way to stop detainees suffering sexual harassment, an anti-detention campaigner says. It comes as sexual harassment by IRC staff jumped 600 percent since 2014.

Movement for Justice (MfJ) representative Karen Doyle, called for Britain’s immigration centers – where asylum seekers, and other immigrants, are detained while they wait for removal from the country or for a decision on their asylum application – to be closed to prevent detainees being sexually harassed at the hands of staff. 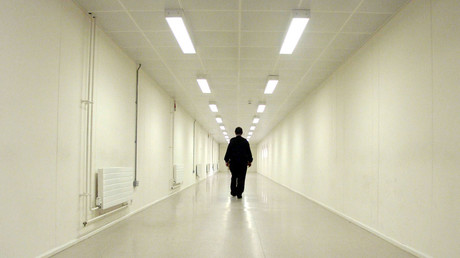 Doyle’s appeal comes after an answer to a written parliamentary question by Labour MP for Liverpool Wavertree Luciana Berger detailed the number of sexual harassment cases since records began in 2014. Two cases were reported in 2014-15, while up to 14 were reported in 2017-18.

“Immigration Detention sees thousands of people, many of whom have already experienced sexual violence and abuse in their lives, locked up indefinitely in constant fear of deportation,” Doyle told RT.

“Guards are given an extreme amount of power over people and engage in constant monitoring and brutal restraint.

“Sexual assault is inevitable under those conditions. This has been an issue as long as detention centres have existed,” Doyle said.

Some of the earliest allegations of crimes of a sexual nature by IRC staff date back to 2013, when a former detainee in Yarl’s Wood – one of the UK’s most infamous IRCs managed by private security company Serco – said she had sexual contact with three guards. She said there were efforts to deport her within days of her reporting the allegations to Yarl’s Wood management.

The detainee, a Roma woman who was 23 at the time, also alleged a male security guard had inappropriate relations with at least another four women.

In 2015, a damning report by Women for Refugee Women (WRW) revealed how six of 38 former and current detainees interviewed said a guard had made a sexual suggestion to them, while three said they were touched sexually.

One detainee alleged male staff had offered to “help you get out of this situation” in return for sex – and it had been accepted by some detainees.

“The only way to end sexual assault in immigration detention is to shut down the detention centres.”