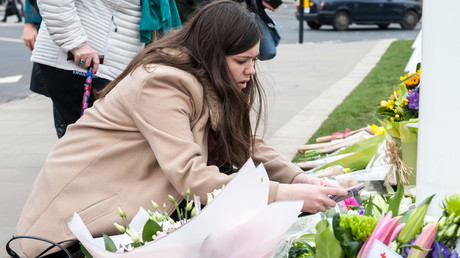 Exactly a year since the Westminster attack, a senior police officer has admitted that terrorists were able to perpetrate the murderous incident because the UK was a “less hostile place” for extremists at the time.

Speaking on the anniversary of the attack, Metropolitan Police Assistant Commissioner Neil Basu told The Independent that, while the UK now has an “incredible machine” to tackle terrorist threats, there was a “less hostile” environment that emboldened terrorists to carry out atrocities in 2017. Four attacks killed 36 people in the UK last year.

“People saw the bar had been lowered in this country and it was a less hostile place for terrorists,” he said. “I think we raised that bar again.” However, Basu added that it would still be “foolish” to underestimate the chances of another terrorist attack.

READ MORE: George Galloway tells RT the ‘murderous’ far right is on the rise in the UK (VIDEO)

The Westminster attack was followed by the Manchester attack in May, in which 22 people were killed. Other assaults took place in June on London Bridge and Borough Market, which killed eight.

A review in December by David Anderson QC, the former Independent Reviewer of Terrorism Legislation, found that security services missed opportunities to stop the Manchester and London Bridge attacks. They would not, however, have been able to anticipate the Westminster attack.

“You’re looking at someone [Masood] who is such a long way from the top of anyone’s grid that, frankly, it’s a bit difficult to see how they would have been easily stopped, whatever agencies had done,” Anderson said at the time of his review.