The failure by HM Revenue and Customs (HMRC) to get tough with Britain’s super rich is undermining confidence in the whole tax system, MPs have warned in a scathing new report.

Since the HMRC set up a specialist unit for dealing with “high net worth individuals” in 2009, the amount of income they pay has fallen by £1 billion (US$1.26 billion) despite tax receipts from the public as a whole rising by £23 billion over the same period.

The Commons Public Accounts Committee report accused HMRC of creating the impression there was “one rule for the rich and another for everyone else.”

The Committee questions HMRC’s strategy for dealing with the very wealthy, which suggests “they get help with their tax affairs that is not available to other taxpayers.”

It also urges HMRC to be more “transparent” about its work and do more to tackle those involved in tax avoidance and evasion.

It also warns of the exploitation of image rights by top footballers and people in entertainment to minimize their tax liabilities. 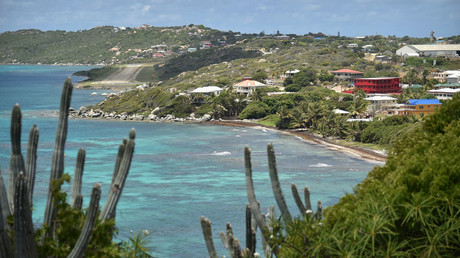 The report says rules on “image rights” for footballers and entertainers are also being exploited.

The rules allow income for image rights to be treated as a separate revenue stream, posing a significant tax evasion risk. Some individuals are maximizing the proportion of income for “image rights” in order to reduce their tax liability.

It says HMRC has “open inquiries” relating to the use of image rights by 43 footballers, 12 clubs and eight agents.

“We were appalled to hear that not all football clubs are providing HMRC with data under a voluntary agreement struck with the English Premier League. We welcome the refreshing evidence of the HMRC Accounting Officer and his willingness to go back to ministers with a view to reforming the current law on image rights,” the report said.

Since 2009, each of the estimated 6,500 individuals worth £20 million or more has been assigned a “customer relationship manager” by HMRC to administer their tax affairs.

While the HMRC said this had resulted in the collection of an additional £2 billion in tax revenues, it was unable to explain why the income tax they paid fell by 20 percent – from £4.5 billion in 2009/10 to £3.5 billion in 2014/15 – when the overall income tax take rose by £23 billion, a nine percent increase.

The report found HMRC has a “dismal record” when it comes to prosecuting the very wealthy for tax fraud in criminal courts.

In the five years to March 31, 2016, it completed just 72 fraud investigations into such individuals, with all but two having been dealt with using its civil powers.

Only one case resulted in a successful criminal prosecution.

HMRC must do more to give the public greater confidence that there is not one set of rules for the rich & another for everyone else https://t.co/B0QSKpYLWi

“If the public are to have faith in the tax system then it must be seen to have fairness at its heart. It also needs to work properly. In our view HMRC is failing on both counts,” committee chairwoman Meg Hillier said.

“HMRC must play a stronger role in identifying tax measures which are not being used as Parliament intended and push harder for reform where the rules are open to abuse.

“It must be willing to engage in an honest and open assessment of its compliance activity and adapt its approach swiftly, making the case for new powers where it needs them.”