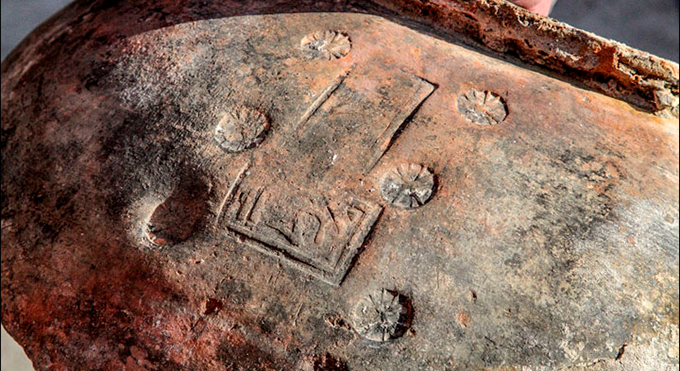 Divers from Tomsk State University say they have located another ‘previously unknown’ outpost of the ancient world.

The new find at this mysterious lake is separate from the discovery in 2007 of the ruins of an ancient metropolis of roughly the same age and Scythian burial mounds under its waters.

Divers from Tomsk State University say they have located another ‘previously unknown’ outpost of the ancient world, along with 200 artifacts from this long-lost culture.

Our exclusive pictures show these finds. 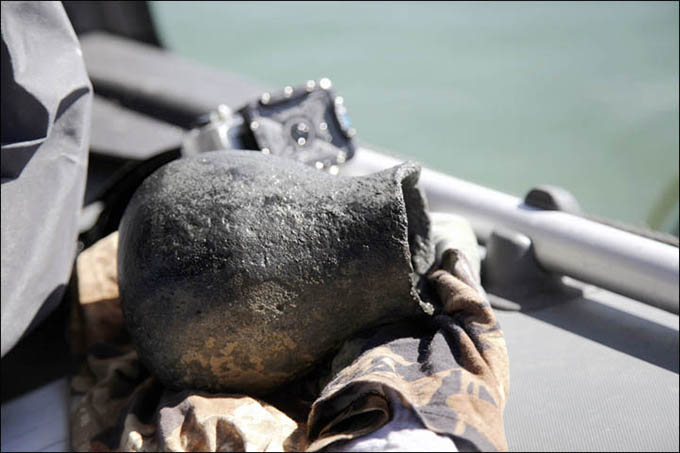 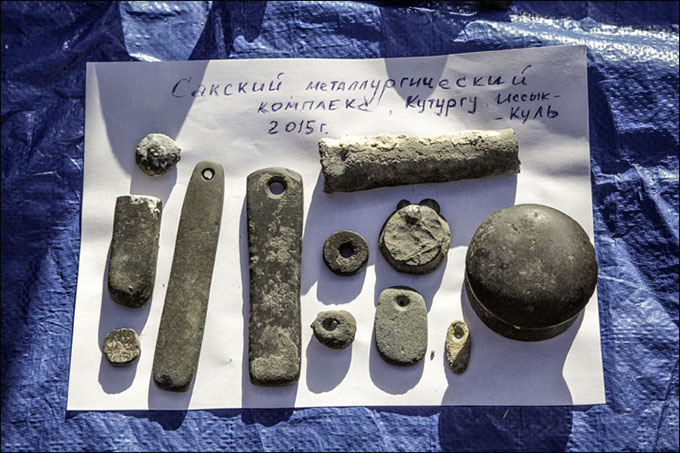 Dozens of artifacts were raised from the lake, which was located on the ancient Old Silk Road. Picture: Dmitry Gorn

A piece of a large ceramic pot found in the lake has a stamp on it written in Armenian and Syrian scripts, which, if confirmed, gives credence to the theory that an Armenian monastery was on this site in Medieval times, it is claimed.

An intriguing version is that this remote lake was the last resting place of evangelist St Matthew, one of the 12 disciples of Jesus, and the find may support a theory that an Armenian monastery once existed here at which his relics were supposedly buried.

Dmitry Gorn, director of Tomsk scuba diving ‘Club SKAT TSU’, who led the diving team, said pot fragment with stamps was ‘truly unique’. ‘Experts are now working on the identification of the writings on the stamps, but it’s supposed to be writing in Armenian-Syrian,’ he said.

‘If that proves to be correct, it will be another proof that there was an Armenian monastery on Issyk-Kul in 14th century where, according to the legends, relics of Matthew were stored.’ 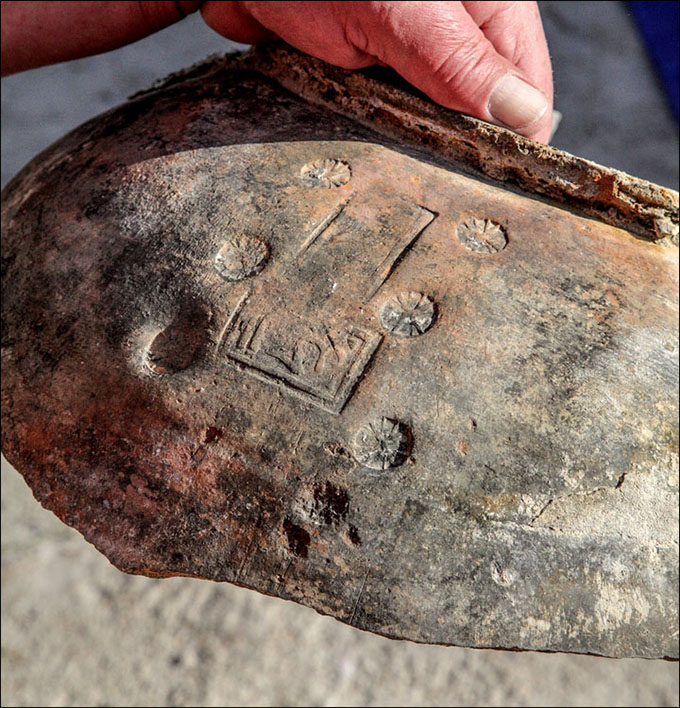 A piece of a large ceramic pot found in the lake has a stamp on it written in Armenian and Syrian scripts. Pictures: Dmitry Gorn

The divers worked in Tup Bay, in the northeast of the lake, which is the tenth largest in the world and the second largest saline lake after the Capian Sea. The expedition was led by Dr Vladimir Ploskikh, of the department of history and…