Oklahoma legislators are moving to close a loophole in state sodomy laws after a recent highly controversial court ruling regarding oral rape.

The Oklahoma Court of Criminal Appeals last month dismissed a criminal charge of forcible oral sodomy against a 17-year-old boy because the victim was intoxicated and unconscious.

Oklahoma’s highest court stated in its unanimous ruling that “forcible sodomy cannot occur where a victim is so intoxicated as to be completely unconscious at the time of the sexual act of oral copulation.”

“We will not, in order to justify prosecution of a person for an offense, enlarge a statute beyond the fair meaning of its language,” the ruling stated.

The court ruling sparked widespread outrage, with accusations of victim blaming and failing to protect people unable to defend themselves from sexual abuse.

A petition launched by Yes All Daughters, a group that supports victims of sexual violence to update the Oklahoma Rape Statute, has garnered over 1,100 signatures in two days.

Oklahoma lawmakers are now working to broaden the definition of ‘forcible sodomy’ to include unconscious victims.

Former prosecutor and State Representative Scott Biggs issued a statement on Thursday outlining plans to amend a crime victims bill he sponsored by expanding the definition of forcible sodomy.

“I am horrified by the idea that we would allow these depraved rapists to face a lower charge simply because the victim is unconscious,” he said.

“I think the judges made a grave error, but if they need more clarification, we are happy to give it to them by fixing the statute,” Biggs said, adding that the “court-created loophole” should be “fixed” next week. 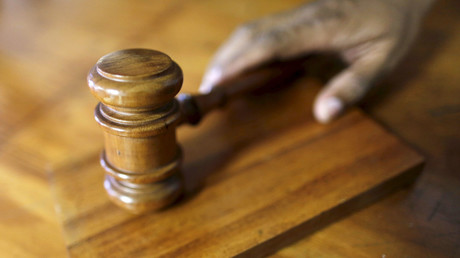 Oklahoma Watch reports that the case involved two teenage high school students, one boy and one girl, who were drinking and smoking marijuana with friends at a park in Tulsa on June 1, 2014.

The girl, then 16, was later taken unconscious by the defendant to her grandmother’s house. Her family took her to hospital, where a sexual assault examination discovered the defendant’s DNA on her.

The defendant, then aged 17, told police the girl had consented to oral sex, but she said she could not remember any events after leaving the park.

The investigation led prosecutors to charge the boy with rape and forcible oral sodomy, however the rape charge was subsequently dismissed.

The Tulsa District Court later ruled against the oral sodomy charge, stating that unconsciousness and intoxication are not within the law’s definition of the crime.
Lead prosecutor Benjamin Fu called the court’s interpretation of the legislation “insane,” “dangerous” and “offensive.”