The downturn in the oil and gas industry will have cost as many as 120,000 jobs in the UK by the end of the year, new research suggests.

The jobs forecast has been released by the trade body Oil & Gas UK, which says it is “impossible” to underestimate the impact falling oil prices has had on workers and their families. 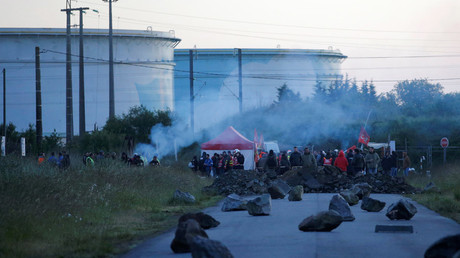 Many companies have been struggling after a sustained cut in the price of oil. Companies including Shell, BP, Talisman, Wood Group and Schlumberger have made significant cutbacks.

The industry has been spending more than it is earning since the oil price slump at the end of 2014, Chief Executive of Oil & Gas Deirdre Michie says.

“We cannot underestimate the impact the global downturn in the industry is having on the UK economy, nor the personal toll for those who have lost their jobs, and the effect on their families and colleagues,” she told the Scotsman.

Next week representatives from the industry will meet in Aberdeen to consider how it will cope with the downturn and safeguards the 330,000 jobs it still supports.

A major summit is needed to plot the industry’s future, according to Tommy Campbell, who chairs the offshore coordinating group of trade unions.

“We need the main players around the table, and we have to remember that the cause of all this downturn isn’t just the global economy,” he told the BBC.

“There are major oil operators in the area dictating the terms to other employers, to the contractors, in order for them to maintain their huge profit margin.”

A spokesperson for the Scottish government says oil prices have been “recovering from their previous low levels” and there had been “some improvement in investor sentiment,” but acknowledged it is a challenging time for the industry and the workforce.

The government is working to create a supportive and competitive business environment, the spokesperson says.