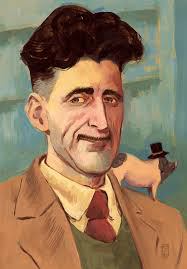 We have blind men, one-eyed men, squint-eyed men, men with long sight, short sight, clear sight, dim sight, [and] weak sight. All that is a faithful enough image of our understanding; but we are barely acquainted with [men of] false sight.

[M]ost establishment…journalists tend to be like their writing, and so, duly warned by the tinkle of so many leper-bells, one avoids their company.

Brief: The gulf dividing established institutions—governments, political parties, academia, the judiciary, legislature, bureaucracies, the national security state, think-tanks, lobby groups, and especially the mainstream media—and those within and across the broader body politic, particularly those who’d challenge the chokehold such institutions seek to impose on the information and knowledge that forms the foundation of our political discourse as well as that of the official historical record, is expanding at a rate of knots. With a focus on one man who saw it all coming, it’s time to reflect on the backstory of this bourgeoning, perilous impasse, and what the implications might be for geopolitical stability and security, and indeed, the future of humanity.

Living in a Fog of Historical Myth

With an attendant lack of transparency and…