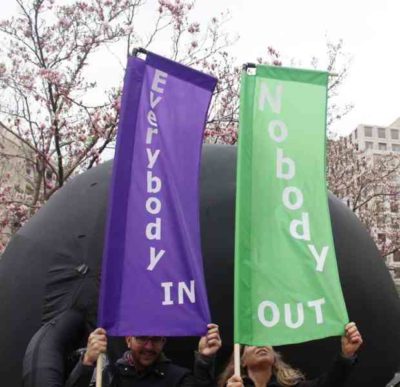 Of course, a National Improved Medicare for All (NIMA) system would increase federal spending, but not by as much as they claim. NIMA would create a national health insurance, like most other wealthy countries have, funded only through taxes. This would replace our current complicated, privatized healthcare system, funded through a mix of premiums, out-of-pocket costs and taxes, which is the most expensive in the world. Countries that treat health care as a public good invest in a universal system because they know it improves the health of their people and is the most efficient.

The United States currently spends twice as much as the average wealthy nation, over $10,000 per person each year. Unlike other wealthy nations, though, the US leaves tens of millions of people without coverage and tens of millions more with coverage but still unable to afford care. The US consistently ranks low in comparison to other countries on health outcomes. Life expectancy is declining in the US, now for two years in a row, the first time this has happened in over 50 years. Death rates for infants and mothers in the US are many times higher than in other wealthy countries.

A single payer healthcare system like NIMA would decrease administrative costs and the prices of goods, such as pharmaceuticals, and services dramatically. Rather than having hundreds of different healthcare plans, each with different rules, there is one comprehensive plan with one set of rules. It would relieve…