Legislation to repeal and replace Obamacare complies with Senate rules, the upper chamber’s budget committee has determined. No Democratic votes are needed to pass the bill but the Republicans are still split on key aspects.

On Tuesday, Senate Budget Committee Chairman Mike Enzi (R-Wyoming) announced that the American Health Care Act (AHCA) to replace Obamacare or the Affordable Care Act, complies with Senate reconciliation rules. The announcement means that the House will not be forced to vote again on it.

Senate Budget Cmte Chair Enzi STMT: House health care bill can be brought up in the Senate through the reconciliation process. pic.twitter.com/U0VxM6vqmz

The Senate can now pass the AHCA with a simple-majority of 51 votes rather than the normal 60-vote threshold typically required. As Republicans hold 52 seats, they do not need to persuade any Democrats to vote in favor. 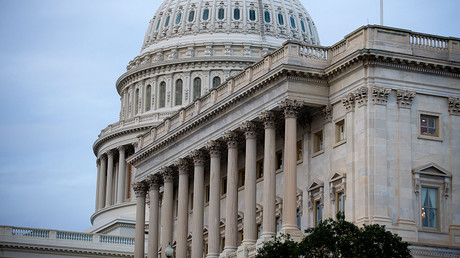 However, more than a dozen Senate Republicans have formed a working group to write their own proposal which may upend the reconciliation process, unless they keep certain provisions of the current bill.

Up until now, the House waited to formally send the bill to the Senate in case it failed to meet the budget rules.

Democrats warned that the House bill did not comply with the “Byrd Rule,” a regulation in the upper chamber that requires reconciliation measures to deal only with matters with direct impact on the budget. They argued the reconciliation bill contained provisions that were “extraneous” to the budget.

“The amendment to allow states to drop pre-existing condition requirements, for instance, very possibly violates the Byrd rule. If the moderate group in the House gets an additional amendment to the deal with the very same issue, that may violate the Byrd rule as well,” Democratic senator Chuck Schumer said last month, according to The Hill.

The panel’s announcement means that the Senate parliamentarian found no “fatal flaws” in the bill that Democrats had warned about. Any such flaws would have forced the House to adjust the bill and hold another vote.