Former US President Barack Obama has opened up about the day he handed over the Oval Office keys to Donald Trump, in an interview by Prince Harry for BBC Radio 4’s Today program.

In his pre-recorded interview with the fourth in line to the British throne, Obama said people in a position of power should exercise care when posting messages on social media.

Hinting at his disappointment over Hillary Clinton’s defeat, Obama said leaving the White House was satisfying but was “mixed with all the work that was still undone.” 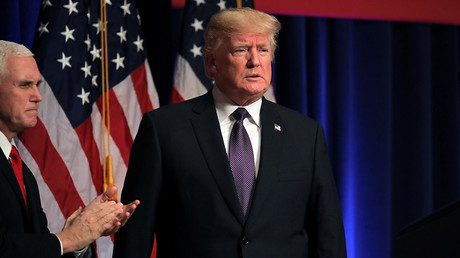 “Concerns about how the country moves forward but, you know, overall there was serenity there,” he said. “I miss the work itself because it was fascinating.”

Guest editor Harry is likely to rake in a huge audience for the Beeb with the interview, which was recorded with Obama in Toronto in September during the Invictus Games. He selected topics for the Christmastime show, including mental health, the charity sector and the armed forces. The Palace revealed Obama chose the show with Harry to talk about life post-presidency.

Obama, who made history as the first black president of the US, also used the program to reveal plans to work on the Obama Foundation, creating and nurturing the next generation of leadership.

They certainly made for an odd pairing. Harry and Obama joked about who should be interviewing who. Harry said if the former Democrat Party leader paused too long between answers, he would probably get “the face.”

“I don’t want to see that face,” Obama said after Harry showed him what he meant.

In a teaser clip for the show, Harry says: “You’re excited about this, I’m nervous about this, that’s what’s quite funny.”

Obama replies: “I’ll interview you if you want.”

But Harry does not appear keen and says: “No, no, let’s keep it this way.”

The prince, who is set to marry Meghan Markle next year, told producers he was happy with the show. “I haven’t done that many interviews but it was quite fun, especially interviewing President Obama despite the fact he wanted to interview me… it’s been a big learning curve but also these are incredibly important topics we all need to think about and need to be discussed.”

The Palace said the full interview will be made available as a podcast.

Harry forged strong bonds with the Obamas through his work with servicemen and his trips to America. Obama reportedly quizzed the prince on his romance with Meghan when they watched the wheelchair basketball at this year’s Invictus Games.

Barack and Michelle Obama are expected to be invited to Harry’s wedding to Meghan in May 2018.