Former US President Barack Obama thought his country’s “special relationship” with Britain was a joke and would slip Falklands references into press conferences to mock the UK, one of his ex-aides Jeremy Shapiro has claimed. 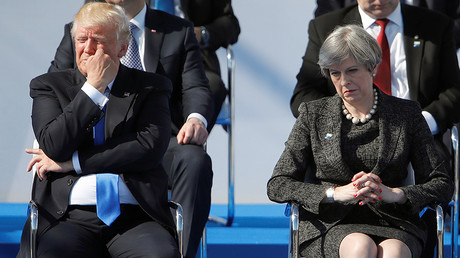 Shapiro said Donald Trump would not be any kinder to Britain, saying the new President is “playing” with Prime Minister Theresa May to get a better trade deal. He said Trump is “willing to exploit” the UK.

Speaking to a crowd at the Cheltenham Literature Festival, Shapiro said the special relationship is far more important to Britain than to the US. He said it is “unrequited” and cruelly mocked when the cameras were turned off.

“From my perspective it was very important for us to mention the special relationship in every press conference that we had when the UK were here.

“But really we laughed about it behind the scenes. Typically, I would try and slip in a reference to the Malvinas or something to spoil it.”

‘Malvinas’ is the word used by Argentinian politicians to refer to the Falklands, particularly when they are trying to claim the islands belong to Argentina.

Shapiro, a foreign policy expert who advised Obama and the former US Secretary of State John Kerry, said the relationship between Britain and the US is “the kind of relationship we would have with other countries.”

The claims back up the view that Britain’s special relationship with the US waned during the Obama years.

The former president controversially removed a bust of Winston Churchill from the Oval Office, which was put back by Trump.

When May visited Trump in January, she paid the usual lip service to Britain’s special relationship with the US on several occasions. She said Britain and the US should “lead together again” in the world.