Donald Trump has branded the ‘Russian election meddling’ rhetoric a “Democratic hit job,” saying, that both Barack Obama and Hillary Clinton just “didn’t have the chemistry” to build good relations with Vladimir Putin, because, you know, “there is a talent to that.”

Following three brief encounters between the Russian and US presidents on the grounds of the Asia-Pacific Economic Cooperation (APEC) summit in Vietnam, Trump shared his insights with reporters aboard Air Force One Saturday. President Putin appears to be “very insulted” by the allegations of Russian involvement in the 2016 US presidential election, according to Trump, which “is not a good thing for our country,” he added. 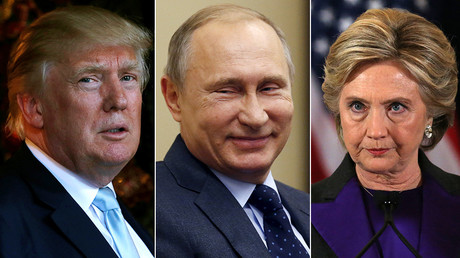 “Every time he [Putin] sees me, he says I didn’t do that, and I really believe that when he tells me that, he means it,” Trump stated. He added that a number of former intelligence community chiefs acted merely as “political hacks,” fueling the ‘Russian meddling’ narrative.

The persisting hysteria around Moscow’s alleged involvement in the US election is a “Democratic hit job,” preventing the two countries from engaging in any meaningful cooperation, Trump said. He cited the joint US-Russia statement on Syria, delivered by the two presidents during the summit, as an example of such fruitful cooperation, which could be possible without the overblown scandal around the alleged ‘Russian meddling.’

“When we can save many, many, many lives by making a deal with Russia having to do with Syria, and then ultimately getting Syria solved, and getting Ukraine solved, and doing other things, having a good relationship with Russia is a great, great thing,” Trump said. “And this artificial Democratic hit job gets in the way. It gets in the way. And that’s a shame. Because people will die because of it, and it’s a pure hit job, and it’s artificially induced. And that’s shame.”

Trump’s comments have already prompted angry reaction from the top Democrat on the US House of Representatives Intelligence Committee investigating the alleged Russian meddling. Adam Schiff said Trump “fools no one.” CIA Director Mike Pompeo also reiterated that he “stands by, and has always stood by” the January assessment by the intelligence community which pointed accusatory fingers at Russia. 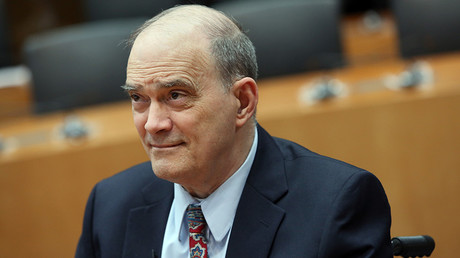 The narrative of alleged collusion between Moscow and Trump has been persisting in US media for about a year already. The illicit activities attributed to Russia, include, but not limited to, “hacking” into Democratic National Committee (DNC) computers during the electoral campaign, leaking emails filled with unsavory revelations and meddling through media coverage.

The DNC emails were released by WikiLeaks, while Russia was accused of supplying the whistleblower website with the allegedly “hacked” materials. Washington’s claims were widely publicized, but not a shred of evidence was provided to substantiate the allegations. WikiLeaks co-founder Julian Assange firmly denied any Russian involvement in the DNC data leak, emphasizing that its “source is not the Russian government and it is not a state party.” While the investigation into Moscow’s alleged wrongdoings has not yield any solid evidence, the lingering ‘meddling’ saga has rapidly worsened already strained Russia-US relations.

Moscow has repeatedly denied any meddling in the US election, stating that the accusations against Russia were only a pretext, masking an internal political struggle in the US. “These are merely rumors that are being used in US political in-fighting,” Putin said in May.