The number of possible victims in the Rotherham child sex-abuse scandal has skyrocketed to over 1,500, police say, representing a rise of more than 100 from the number cited in a 2014 report.

The National Crime Agency (NCA) is investigating Britain’s biggest ever case of child exploitation. Officers said at Tuesday’s NCA inquiry that there was now 110 “designated suspects” and 1,510 possible victims of child sex crimes between 1997 and 2013.

Paul Williamson, senior investigating officer with ‘Operation Stovewood,’ said that his team was actively working with more than 260 of the identified victims. “The identification and bringing to justice of offenders is what we’ll be judged on,” he said. 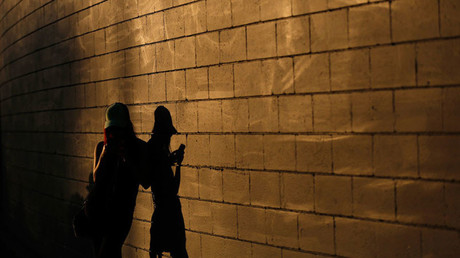 “We will not falter in our commitment to this task. I’ve got a very committed team which is pursuing a very, very worthy mission.”

So far, 38 people have been arrested, 18 charged, and four convicted of crimes resulting in prison sentences totaling more than three decades behind bars. Most recently, Asghar Bostan, 47, was jailed for nine years this month for twice raping a child between 2000 and 2002.

The enormity of offending in Rotherham was the result of a “toxic mix” of errors, according to Williamson. He said that children were not believed and their reports of sexual abuse were not investigated.

More than 140 officers are working on 34 investigations within Operation Stovewood, which was launched in 2015 and is expected to run for at least eight years.

The Rotherham sex-abuse scandal was exposed in 2012 when media revealed that groups of men had been able to groom, traffic and exploit young teenagers with practically no consequences for more than a decade. Hundreds of confidential documents showed that child protection authorities in the town were not only aware of the abuse, but had extensive intelligence about such crimes without intervening.

The shocking revelations forced the Rotherham council to commission an independent inquiry into the scandal. The inquiry was led by Alexis Jay, whose report in 2014 revealed that that 1,400 girls had been abused over a 16-year period.

It was Professor Jay’s report, which noted that “almost all” the identified abusers were members of the local Pakistani community, that sparked the NCA inquiry, as well as a major police investigation in south Yorkshire.