Leaks by NSA whistleblower Edward Snowden have revealed how his former employer used the US spy base at Menwith Hill in Yorkshire to conduct ‘kill or capture’ missions in its global shadow war.

The new files published by the Intercept partly lay to rest speculation by journalists and campaigners over what really goes on at the US base.

They show that secretive NSA kill-capture operations in the Middle East have been developed and initiated from inside the base’s heavily guarded perimeter wire.

The programs, which carry names like GHOSTWOLF and GHOSTHUNTER, have been used to support conventional operations in war zones such as Afghanistan and Yemen – with which neither Britain nor the US is officially at war.

The leaks also call into question claims about UK complicity in deadly drones strikes carried out using the intelligence base.

In the past Britain claims to have full knowledge and have given full consent for what goes on at Menwith Hill, despite claims by campaigners that clandestine US operations may constitute war crimes. 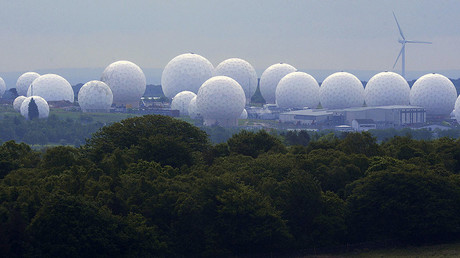 The latest revelations have been criticized by human rights groups, including Reprieve.

The organization’s top lawyer, Kat Craig, told the Intercept on Tuesday this was “yet another example of the unacceptable level of secrecy that surrounds UK involvement in the US ‘targeted killing’ program.”

“It is now imperative that the prime minister comes clean about UK involvement in targeted killing to ensure that British personnel and resources are not implicated in illegal and immoral activities,” Craig said.

While the Ministry of Defence (MoD) refused to comment on the release, an approach by the Intercept to the NSA was referred to Director of National Intelligence (DNI).

DNI spokesman Richard Kolko told the website: “The men and women serving the intelligence community safeguard US national security by collecting information, conducting analysis, and providing intelligence for informed decision making under a strict set of laws, policies and guidelines. This mission protects our nation and others around the world.”