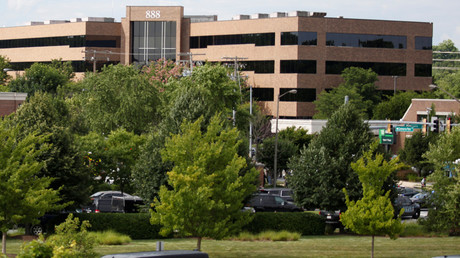 A crime reporter who witnessed his colleagues being shot at an Annapolis, Maryland newspaper and then waited under his desk for the gunman to pick the next victim, posted a harrowing description of the attack on Twitter.

Five people were killed and several others gravely injured at the offices of Capital Gazette in Annapolis on Thursday. The gunman has been detained.

“A single shooter shot multiple people at my office, some of whom are dead,” reporter Phil Davis tweeted on Thursday afternoon. He added that the gunman “shot through the glass door” and then targeted several of his colleagues, adding “can’t say much more and don’t want to declare anyone dead, but it’s bad.”

Gunman shot through the glass door to the office and opened fire on multiple employees. Can’t say much more and don’t want to declare anyone dead, but it’s bad.

Davis, who managed to take cover, recalled that there was “nothing more terrifying than hearing multiple people get shot while you’re under your desk and then hear the gunman reload.”

He then clarified for some of the confused Twitterati that he wasn’t tweeting from under his desk: “I was already safe when I started tweeting.”

In a later interview with the Baltimore Sun, the Gazette’s parent company, Davis described the shooting as “like a war zone”

“I’m a police reporter. I write about this stuff — not necessarily to this extent, but shootings and death — all the time,” he said. “But as much as I’m going to try to articulate how traumatizing it is to be hiding under your desk, you don’t know until you’re there and you feel helpless.”

Ok, I was not tweeting from under my desk. I was already safe when I started tweeting

Anne Arundel County Police reached the building within two minutes of receiving the active shooter call and arrested the suspect, officials said on Thursday. They could not confirm reports that the suspect used a shotgun in the attack.