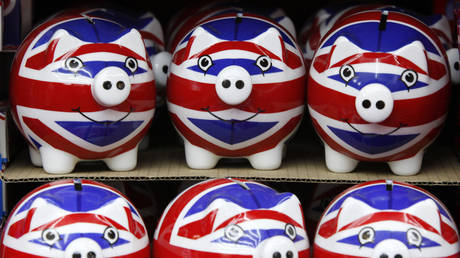 British Tory MP Daniel Kawczynski is drowning in ridicule after he claimed the UK liberated half of Europe in WWII and received no Marshall Aid for their troubles.

The Shrewsbury pro-Brexit MP made the wildly inaccurate claim in a tweet about the “ungrateful EU.” He complained that Britain “mortgaged herself up to eyeballs” to liberate Europe, but got “no Marshall Plan” compensation payments.

Britain helped to liberate half of Europe. She mortgaged herself up to eye balls in process. No Marshall Plan for us only for Germany. We gave up war reparations in 1990. We put £370 billion into EU since we joined. Watch the way ungrateful EU treats us now. We will remember.

People were quick to point out Kawczynski’s glaring error, explaining that not only did the UK receive Marshall aid ($2.7 billion of it), but actually received the biggest slice of the pie.

The Marshall Plan, or European Recovery Program, was a 1948 US aid initiative to rebuild Europe after the war, and extend US influence to counter the spread of communism. Britain received 26 percent of the funds, while West Germany only got 11 percent.

This is a good example of what I mean about the utter ignorance of so many MPs about the outside world and our part in it. And all the time the truth is as far away as a click or two on Wikipedia. https://t.co/jmqpwgfvBT

A) Britain got the largest share of the Marshall Plan

B) WWII ended almost 75 years ago

C) incredibly the man who doesn’t know these things is a Westminster MP https://t.co/u6GpWxAbAn

When you vandalise history by lying about the past to manipulate today’s voters you desecrate the dead of our wars far more than if you ruined a monument to them. #Brexithttps://t.co/QDxH0rkdJm

Labour MP David Lammy wondered whether Kawcyznski’s account was a parody one and slammed the “jingoistic nationalism” of the remarks, urging his fellow MP to “pick up a history book.”

Others expressed horror that such inaccuracies could be spouted by an elected official.

@DKShrewsbury#embarrassing are you really my MP? Did you study history #brexit has brought out the worst in our politicians

Surely if an MP says something that is demonstrably factually incorrect they have to retract it? What sort of weird post truth world do Mps inhabit? It has been retweeted a few thousand times. This is absurd.

Maybe when you tweeted this you were just a pig-ignorant dickhead who didn’t know his facts. You’ve now been corrected hundreds of times by everyone from historians to people who did GCSE history.

Idiots are still retweeting you in good faith. Delete it, you shameless liar.

This guy is an MP. Do we not pay for someone to show him how to use the internet?

Kawczynski meanwhile appears unruffled by the deluge of fact-checking taking place in his Twitter mentions.

“There are many people in this country who want to whitewash the sacrifice that Britain has made over generations for Europe,” he told the Shropshire Star. “They say it is not appropriate to look at a country’s history to understand her credentials. Those affiliated to Europe in this country hate any challenge to their point of view.”