Disgraced former National Security Advisor Michael Flynn may have broken the law by failing to disclose payments from foreign governments on his clearance application, House Oversight Committee members have said, setting off a spat with the White House.

The House Oversight Committee reviewed Flynn’s SF-86, the form he filled out to reapply for his security clearance in January 2016, during a closed hearing on Tuesday. Afterward, the top lawmakers on the committee briefed reporters on the documents, which Ranking Member Elijah Cummings (D-Maryland) called “extremely troubling.”

As a former military officer, Flynn was required by federal law to disclose payments from foreign governments. “Knowingly falsifying or concealing a material fact is a felony which may result in fines and/or up to five years imprisonment,” Cummings noted, citing the SF-86.

Between his time leading the Defense Intelligence Agency (DIA) and joining the Trump administration, Flynn reportedly received tens of thousands of dollars in payments from Russia and Turkey.

There was “no information” on his SF-86 form about those funds or his trips to foreign countries, “and that, we believe, is the potential violation,” Chair Jason Chaffetz (R-Utah) said.

“As a former military officer, you simply cannot take money from Russia, Turkey or anybody else,” Chaffetz said. “And it appears as if he did take that money. It was inappropriate, and there are repercussions for a violation of law.” 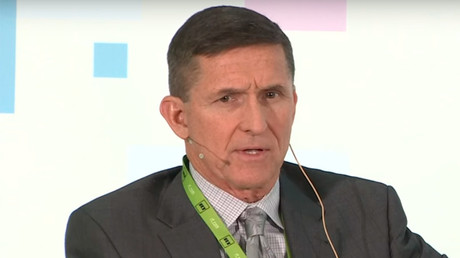 Flynn was also supposed to seek permission from the State Department and the secretary of the Army prior to traveling to Russia in December 2015, where he spoke at an international conference hosted by RT in Moscow.

RT has said the details of Flynn’s paid appearance is “a standard practice that is entirely transparent.”

As a former military officer, “Flynn had an obligation to seek and obtain permission to receive money from foreign governments prior to any engagement with them,” Chaffetz said. “It does not appear to us that that was ever sought, nor did he ever get that permission.”

“I see no data to support the notion that General Flynn complied with the law,” Chaffetz said.

Flynn has said that he received approval from the DIA before the trip to Russia.

“As has previously been reported, General Flynn briefed the Defense Intelligence Agency, a component agency of DOD, extensively regarding the RT speaking event trip both before and after the trip, and he answered any questions that were posed by DIA concerning the trip during those briefings,” Robert Kelner, Flynn’s lawyer, said in a statement.

The White House denied that request, referring the committee to other agencies that would have that information because they were filled out before the Trump administration took office.

Any other documents “are likely to contain classified, sensitive, and/or confidential information,” and it is “unclear how such documents would be relevant to the stated purpose of the Committee’s review,” White House Director of Legislative Affairs Marc Short wrote in a letter dated April 19.

Cummings slammed the White House for refusing to cooperate “despite all of these very troubling developments” with the Oversight Committee’s probe by not turning over any internal documents from “when they vetted him to become national security adviser” or “relating to his termination as national security adviser for concealing his discussion with the Russian ambassador.”

“In short, the White House has refused to provide this committee with a single piece of paper in response to our bipartisan request, and that is unacceptable,” Cummings added.

Flynn was forced to resign in mid-February after he “inadvertently briefed the Vice President-elect and others with incomplete information regarding his phone calls with the Russian Ambassador,” he said in his resignation letter.

White House press secretary Sean Spicer struck back during the daily briefing, saying that the committee’s request for “every call or contact that a national security adviser made is pretty outlandish if you will.” 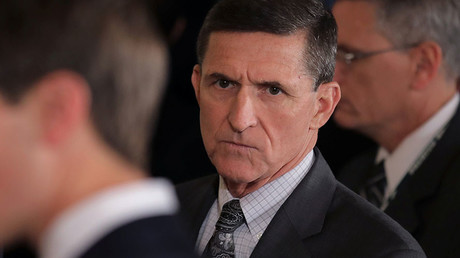 The blame for any lack of disclosure on Flynn’s forms reside solely with the former national security adviser, Spicer said.

“There’s always going to be a [chance], in the case of people who had a prior clearance, that between the time they filled it out and had it adjudicated, they could have engaged in something,” he said. “And whether or not they updated that or not, is always the onus is on the individual.”

The remarks echoed comments Chaffetz had made earlier in the day, saying he was concerned about “how widespread” it is that former military officers are accepting payments from a foreign government without receiving permission or reporting it.

“My guess is this is probably not the first time this has happened,” he said.