The conference, which is currently underway, was meant to address global corruption, but a shadow was cast when Cameron was caught on camera calling Afghanistan and Nigeria “fantastically corrupt” in a conversation with the Queen and Speaker of the House John Bercow. 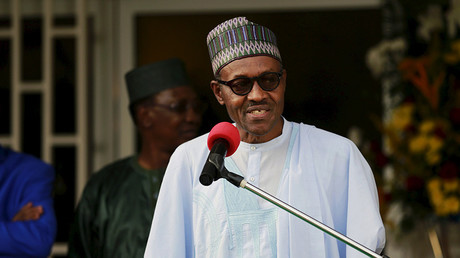 “What would I do with an apology? I need something tangible,” Buhari said.

“I am not going to demand any apology from anyone. What I am demanding is a return of assets.”

Buhari freely admitted before his address that his country had a graft problem and is thought to have been referring to major assets stashed in the UK by corrupt Nigerian figures.

In April 2016 a group of leading figures from Nigerian civil society raised a similar issue in an open letter, demanding Britain end its role as a “safe haven” for white-collar criminals who steal Nigeria’s wealth and resources for personal gain.

The letter’s signatories stressed the devastating effect corruption can have on ordinary citizens, stunting economic growth and exacerbating violent conflict and mass migration in its wake.

“Our Nigeria is one of those countries that has most bitterly suffered the impact. Despite the blessings of nature, which endowed us with abundant oil wealth, our infrastructure is deplorable,” the letter said.

The conference, a pet project of the PM’s, is likely to see Cameron file a motion to create a global anti-corruption body.

However, his plans have been attacked by critics on the basis the organization would have no meaningful powers of enforcement, instead relying on national and international policing agencies to intervene.

The summit comes only weeks after Cameron himself was caught up in a scandal relating to his father’s offshore company, Blairmore Holdings.

Following the Panama Papers leak that showed Cameron had profited from offshore tax schemes, the parliamentary standards committee said the PM would not be investigated. It gave no reason why.