Former UKIP leader Nigel Farage is prepared to “don khaki, pick up a rifle and head for the front lines” if the government does not deliver a good Brexit deal for Britain. 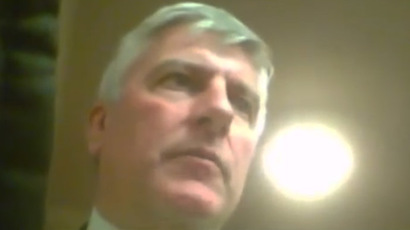 Addressing an audience at a £63 (US$82) per head event at Southampton Concorde Club on Sunday, Farage said if a good ‘divorce’ is not delivered, “there will be widespread public anger in this country in scale and a way we have never seen before.”

“If that happens, much as I’m enjoying myself … I enjoy my trips to the [United] States with [Donald] Trump and the White House and everything else. I’m enjoying my life,” he added.

“But if they don’t deliver this Brexit that I spent 25 years of my life working for, then I will be forced to don khaki, pick up a rifle and head for the front lines.”

Farage was then engulfed by cheers from the crowd.

Jason Hunter, who was at the event, posted a video of Farage’s speech on Facebook.

“Sorry to share a Nigel Farage speech folks … but when he talks of ‘donning khaki, picking up a rifle and joining the front lines’ just after threatening widespread disturbances across the UK ‘like we’ve never seen before’ if the Tories don’t leave the EU … That’s as close to threatening anarchy and incitement to riot that I think i’ve EVER heard from a so called ‘politician,’” Hunter wrote.

Farage has previously warned of widespread public anger if Brexit is not delivered.

Earlier this year, he threatened to lead a 100,000-person march on the Supreme Court as it heard the government’s challenge to the Article 50 court case brought by Gina Miller. 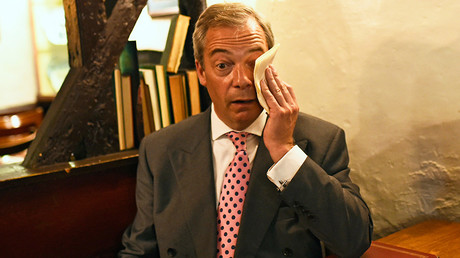 “I find it difficult to contemplate it happening here, but nothing is impossible.”

A week after pro-EU Labour MP Jo Cox was shot and stabbed to death by neo-Nazi Thomas Mair, Farage claimed he had won Brexit “without a single bullet being fired.”

At the time, Farage insisted claims he hinted at violence were ridiculous.

“I don’t think it’s very likely at all we’ll ever see violence on the streets of this country,” he said.

At the time, a spokesperson for Farage told the Independent taking Farage’s words “out of context” would be “unfair” and insisted UKIP was “opposed to any kind of violence.”

On his most recent comments, his spokesperson told the Mirror: “It was a metaphor. Get a life.”