A new case of female genital mutilation (FGM) is recorded in the UK every two hours, new official figures reveal. Most of the victims identified by the NHS were aged between 25 and 40.

It has sparked calls for authorities to do more to prosecute perpetrators – there has not been a successful case since FGM was outlawed in 1985.

According to figures released last week by the NHS, there were up to 6,196 women and girls who showed up at GPs across the country for FGM treatment between April 2017 and May 2018. Of these, 4,495 were newly recorded cases of FGM. 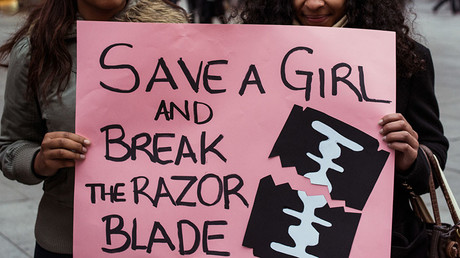 Some 70 cases of the 6,195 were detected when the person was still a child.

Leethen Bartholomew, head of the National FGM Centre, which aims to eradicate FGM in the UK by 2030, said in a statement: “Shockingly, the figures confirm that dozens of women and girls born in the UK have undergone FGM, despite the practice being illegal for over 30 years. Yet there still hasn’t been a single successful prosecution to hold perpetrators to account.

“FGM is child abuse and it’s vital that we work with affected communities to change hearts and minds about the practice.”

It was reported in March that cases of alleged FGM in the UK had increased fivefold since 2014. According to responses by 47 police forces obtained through a Freedom of Information request by the Iranian and Kurdish Women’s Rights Organisation (IKWRO), there were 1,337 reported cases of FGM over a three-year period between 2014 and the end of 2016. Cases had risen from 137 in 2014 to 647 in 2016.

The latest data from the Crown Prosecution Service (CPS), however, shows there have been just 36 referrals of alleged FGM to the CPS since 2010. Despite the government criminalizing FGM in 1985, there has not been a single successful prosecution.