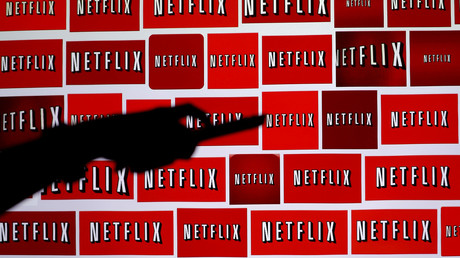 Netflix’s Chief Operating Officer Ted Sarandos has said the streaming service is not veering to the political left despite a $50 million deal with former US president Barack Obama — but people are not buying it.

Speaking at an industry event in Beverly Hills on Tuesday, Ted Sarandos said that Netflix’s multi-year deal with the former president and his wife, Michelle Obama, does not mean the company is leaning left.

“It’s not the Obama Network. It’s not the MSNBC shift. There’s no political slant to the programming,” he said, according to the Hollywood Reporter.

Sarandos said that the Obamas would create entertainment content and not news content as part of the deal, which was announced last week and drew criticism from conservative commentators who are not happy with what they see as liberal bias in Hollywood. Some even announced they would cancel their Netflix subscriptions over the deal.

Sarandos’ latest comments have also drawn criticism from conservatives on Twitter who are not buying that content created by the Obama family will be politics-free.

.@netflix You have and had plenty of progressive content: Chelsea Handler Show, The Obamas, et al.

How about trying out conservative content? “AMericA” I guarantee a highly engaged audience.

Calling on our conservative base.. tell @netflix we want to go toe-to-toe with Obamas!

NOW it says that Obama produced shows won’t have a ‘political slant.’

Really? Just how stupid do these people think we are?
We now know that over 100,000 people have canceled Netflix because of our boycott. Keep the pressure… https://t.co/XJzRJJAXDP

When they have to say…We are not The Obama Network… you know they are forever branded as THE OBAMA NETWORK!

Subscription cancelled. I can get all the propaganda I want for free.

One conservative commentator highlighted disparities between what Sarandos has claimed and what previous reporting had suggested about the kind of content the Obamas would be creating. He suggested there could be some “tension” between Netflix and the former president about exactly what kind of deal it is they have entered into.

While Sarandos claims there will be no politics, the New York Times reported last week that one of the ideas being discussed was a show where Obama would moderate discussions on “health care, voting rights, immigration, foreign policy, climate change.”

So Netflix is saying Obama shows won’t have a political slant https://t.co/6XnAI13dGQ

Sarandos explained that he didn’t want to see the deal going anywhere else because he believes the Obamas will be “great at it.”