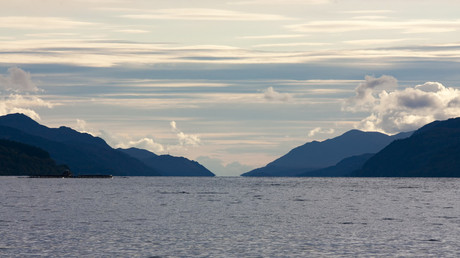 Footage captured by a schoolgirl visiting Loch Ness has prompted fresh claims of a definitive sighting of the mythical ‘Nessie’ monster which has been long-rumored – but never proven – to live in the lake.

Laria Annand, 8, was reportedly visiting the area with her grandmother, Marie, when they noticed sunlight bouncing off of a strange long object which was moving in the water.

There were no boats or objects visible in the water to cause the small waves so the pair quickly pulled out a phone to capture some pictures of what could be a rare sighting of ‘Nessie’. The young girl also managed to capture footage of the mysterious creature in action.

“I had to do a double take because there was just nothing to explain it,” said Marie. “I took a few pictures and then my granddaughter asked if she could take a picture. I didn’t realise at the time but that’s when she shot the video. It was weird. Really strange. I can’t explain it so the only thing I can think is we have seen the Loch Ness Monster”.

The legend of the Loch Ness Monster has puzzled people for generations, however a group of scientists are hoping to finally uncover what really lies in the waters of the Scottish lake by using DNA sampling techniques.

Professor Neil Gemmell, a scientist from New Zealand, will lead the experiment which consists of extracting genetic code from the lake’s water over a two-week period to determine which creatures reside beneath.