An employee at the US consulate in Guangzhou and his family have reportedly been evacuated from China upon suffering neurological symptoms after hearing strange sounds. Washington says it’s taking the ‘sonic attacks’ seriously.

The New York Times reported on Wednesday, citing officials, that US diplomatic staff and their families in the southern Chinese city have been undergoing checks administered by a team of medics who were dispatched to China specifically for that purpose.

The employee that was flown back home was identified in the report as Mark A. Lenzi, a security engineering officer at the consulate. Lenzi, his wife, who also reportedly complained of hearing weird noises in their apartment, and their two children departed for the US on Wednesday evening. 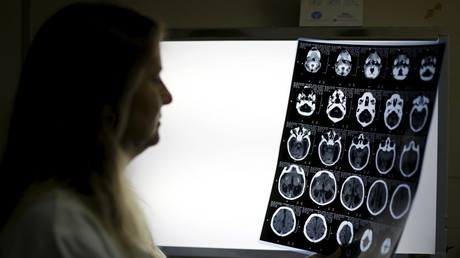 The upscale apartment complex in question is said to house US government employees and other foreigners, as well as affluent Chinese dwellers.

While the cause of the mysterious ailment, which already claimed at least one US official in Guangzhou back in April, is still under scrutiny, US Secretary of State Mike Pompeo last month likened the symptoms displayed by the stricken worker to those experienced by US diplomats in Cuba.

It was reported earlier this week that the State Department has established a dedicated taskforce to look into the “unexplained health incidents” with US diplomats, which have become of a growing concern to the White House. The task force, which was touted by Pompeo last month, will be an umbrella body to investigate, identify and treat the diplomatic staff and their close ones who were subjected to the attacks.

A State Department official told CNN at the time that it was “currently reviewing the incident in China and determining how best to proceed.”