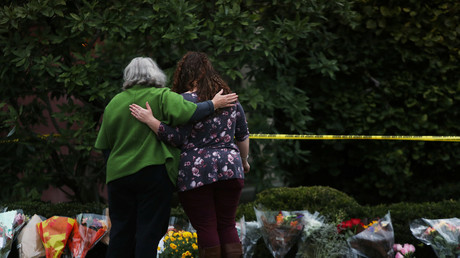 The Muslim-American community has raised more than $50,000 for the victims of the Pittsburgh synagogue shooting that left at least 11 people dead and six injured.

The ‘Muslims Unite for Pittsburgh Synagogue’ campaign, hosted by the Muslim crowdfunding site LaunchGood, aimed to raise funds to support the shooting victims with funeral expenses and medical bills.

The original goal was to raise $25,000 for the victims and their families, but was increased to $50,000 after just six hours of overwhelming support. That goal was surpassed on Sunday, just one day after it began.

The campaign was launched by Tarek El-Messidi, a Muslim-American speaker and founder of a non-profit organization called CelebrateMercy, which “teaches about the Prophet Muhammad’s life and character to Muslims and the general public.”

On Sunday, US authorities released the names of the 11 victims killed by suspected gunman Robert Bowers, including a husband and wife couple, and two brothers. The victims range in age from 54 to 97. Six other people, including four police officers, were injured during the October 27 incident.

Bowers, who is being treated for gunshot wounds at hospital, faces 29 counts of federal charges over the murder of the worshippers, including hate crimes and illegal use of firearms.