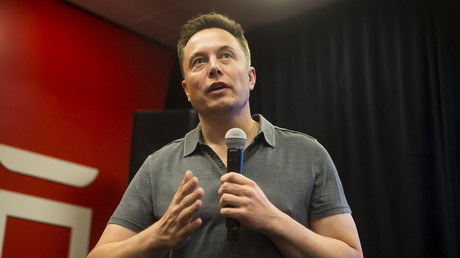 Silicon Valley magnate Elon Musk is trolling the mainstream media again, reminding them he is serious about setting up a website ranking their credibility.

“Tried to buy Pravda.com, but Russia said no. Turns out they already use it,” Musk tweeted on Friday, linking to a domain in Ukraine.  He’s got a bunch of angry replies saying “Ukraine is not Russia!” in his timeline.

Come on Elon, you got to do better than this. This is Ukrainian website (ua domain), not Russian one.

Mr Musk before write and even inaugurate the site “which analize fake news” you should VERIFY INFO which you publish. Ukrainska pravda it’s not Russian but Ukranian site!!! Your project starts with fake.

“Turns out Pravda.com is actually owned by Ukraine. For some reason, Russia didn’t bother to correct me,” he added  later.

On Wednesday, Musk floated the idea of establishing a site where the public could “rate the core truth of any article & track the credibility score over time of each journalist, editor & publication.”  The CEO of SpaceX, Tesla and SolarCity has been unhappy with his companies getting bad press recently. He set social media off by quipping he was thinking of calling it Pravda.

Meaning “Truth” in Russian and several other Slavic languages, Pravda was the newspaper of the Russian (later Soviet) Communist Party from 1911 to 1991.

Of course! (Prav)Duh. It is named after the most pernicious propaganda machine in history specifically to highlight what we want to avoid. It’s called “satire” …

In the end, Musk avoided the Russia-Ukraine dispute entirely by purchasing the domain “Pravduh.com.” Now he just has to contend with legions of US journalists, editors and publishers unhappy to be in his crosshairs.