The Trump administration has said that no journalist has a “first amendment right” to enter the White House and argued that it has “broad discretion” to decide who gets given a press pass.

The White House is defending itself against a lawsuit being brought by CNN over the revocation of journalist Jim Acosta’s credentials which allowed him access to the White House. 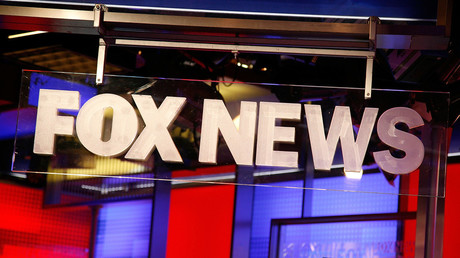 In a legal filing on Wednesday morning, the Justice Department argued that it was “lawful” to confiscate Acosta’s press pass, citing his behavior at a heated press conference last week. The government filing quotes a tweet sent out by White House Press Secretary Sarah Sanders in which she called Acosta’s behavior “absolutely unacceptable.”

This tweet was in reference to the White House’s claim that Acosta had placed his hands on a female intern who was trying to remove the microphone from his hand. Acosta has publicly clashed with Trump a number of times over the last two years.

On Wednesday, in a surprise move, rival network Fox News said it would support CNN’s lawsuit against the Trump administration, with network president Jay Wallace saying in a statement that passes for working White House journalists “should never be weaponized.”

Numerous other news outlets, including NBC News, the Associated Press, the New York Times, Bloomberg and Politico, have followed suit saying in a joint statement that they will support CNN’s lawsuit against the White House.

JUST IN: Numerous news outlets, including NBC News, issue joint statement saying they will file briefs “to support CNN’s and Jim Acosta’s lawsuit” against the Trump admin. over its decision to revoke Acosta’s press pass. pic.twitter.com/tgRlGijzGr

“It is imperative that independent journalists have access to the President and his activities, and that journalists are not barred for arbitrary reasons. Our news organizations support the fundamental constitutional right to question this President, or any President,” the statement reads, adding that the organizations intend to file “friend-of-the-court” briefs to support CNN and Acosta.

The 28-page filing came hours before a federal court hearing in Washington during which CNN will seek a temporary restraining order to have Acosta’s pass returned.

The spat between CNN and the White House is the latest escalation in a war between Trump and the media, which he frequently refers to as “fake news” and the “enemy of the people” over coverage of his administration.