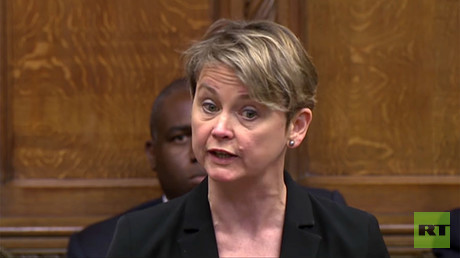 Labour MP Yvette Cooper MP has lashed out at Prime Minister Theresa May after the UK PM quoted her during PMQs, while trying to defend her ill-fated “hostile environment” immigration policy.

An irate-looking Cooper stood up and spoke following May’s comments. “I was not going to say anything, but the Prime Minister quoted me, let me say to the prime minister: Do not try to hide behind me or the Labour Party when she was warned repeatedly the damage her obsession with her net migration target was doing,” the Normanton, Pontefract and Castleford MP said.

“Do not try to hide behind the cabinet when they don’t agree with you on this and are trying to clear up the mess. Do not try to hide behind civil servants when she set the policies, instilled in them the culture of disbelief and when the high commissioner told us this morning that they had warned the Foreign Office about the Windrush generation immigration problems in 2016.

“What did she do? Because a few years ago the prime minister said: ‘I’m actually sick and tired of a government minister who simply blames other people when something goes wrong.’ What’s changed?”