As the assault on Mosul begins, UK troops will be involved on a number of fronts amid fears of chemical warfare, a humanitarian crisis, and concerns over the UK government’s openness over the use of Special Forces soldiers.

The northern Iraqi city has been occupied by Islamic State (IS, formerly ISIS/ISIL) since 2014 and now, after months of speculation, the operation to take it back has begun in earnest. 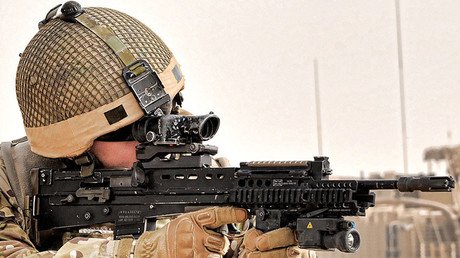 Kurdish militias and the Iraqi Army form the bulk of the assault force, but UK SAS troops are also present. One of their main roles will be to coordinate airstrikes in and around the city.

On October 10, Iraqi and British military sources commented on the key part that UK troops will take in the complex battle to recover the IS stronghold.

One senior British ex-military figure told the Times that the process of ‘liberation’ had begun months in advance through social media and propaganda efforts.

“You need to condition the minds of the population,” he told the Times.

“Owning the narrative is fundamentally important to success. Otherwise the people you are trying to liberate will respond badly.”

An Iraqi intelligence source told the paper that the UK troops were “integral” to the effort and that the Britons were “more effective than any other advisers,” apparently including the US and other special forces playing similar roles.

Fears were also expressed recently that IS might use chemical weapons to repel an assault, leading to rumors in the press that UK regular troops who are also in the locality had been issued Chemical, Biological, Radiological and Nuclear (CBRN) protective equipment.

The deployment of hundreds of troops from the 4 Rifles infantry regiment to the Kurdish-held city of Erbil comes along with specialist soldiers from the Royal Engineers and Royal Signals.

The most recent updates from the battle suggest that the main road between Erbil and Mosul – required for supplying the battle – is under Kurdish control along with seven villages on the eastern outskirts of the city.

The hour has struck. The campaign to liberate Mosul has begun. Beloved people of Mosul, the Iraqi nation will celebrate victory as one

The Turkish Anadolu press agency claimed that two suicide bombers had been neutralized during the operation.

The assault was being touted as long ago as April, but appeared to stumble when two of the militias upon which the battle hinged started attacking each other.

The Medium news network’s conflict website War is Boring reported that fighting broke out on April 23 in the town of Tuz Khurmatu when Shiite fighters lobbed a grenade into the house of a Peshmerga commander. Personnel from both sides died in the ensuing fight.

The UK’s secretive use of Special Forces has recently come under the scrutiny of a number of senior Tories and Labour leader Jeremy Corbyn. 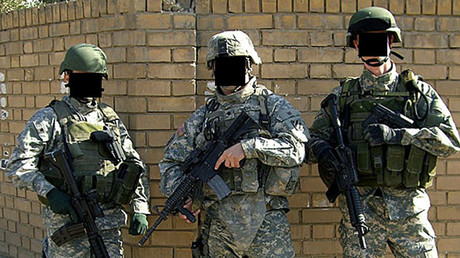 Corbyn told the Middle East Eye in August of his concerns over the repeated use of a legal loophole to deploy troops from the secretive SAS unit into war zones such as Iraq and Libya without a democratic mandate.

The prime minister is currently able to deploy Special Forces without a vote, a capability which is buttressed by the UK’s long-standing but increasingly controversial policy of refusing to comment on clandestine military activities.

The assault has also raised fears of a humanitarian crisis given the lack of safe routes out of the city for civilians if fighting is protracted.

While the Iraqi government has released a statement calling for civilians to avoid IS positions because they are highly likely to be targeted, the head of the UN Refugee Agency has warned the attack could create “one of the largest man-made displacement crises of recent times.”

“Families are at extreme risk of being caught in cross-fire or targeted by snipers. Tens of thousands of Iraqi girls, boys, women, and men may be under siege or held as human shields,” UN Secretary-General for Humanitarian Affairs Stephen O’Brien told CNN Monday.

“Thousands may be forcibly expelled or trapped between the fighting lines.”