The number of children in the UK who fear being forced into marriage is on the rise, according to figures from a leading British charity. The organization has seen a 12 percent increase in counseling sessions for concerned minors.

Girls as young as 13 have contacted Childline, run by the National Society for the Prevention of Cruelty to Children (NSPCC), expressing fear about being taken abroad and being forced to marry strangers by their families.

“Many said they experienced emotional abuse from their parents and were afraid of being cut out of their communities if they refused,” the NSPCC wrote in a release. 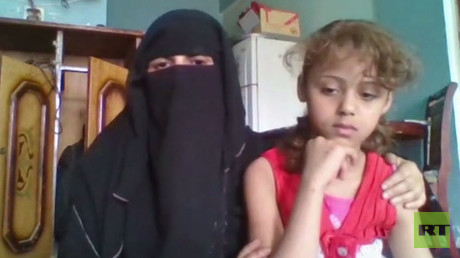 The charity said it provided 205 counseling sessions on forced marriage in 2016/2017, representing a 12 percent increase from the previous year.

The NSPCC’s release included the account of an 18-year-old girl who contacted Childline, fearing for her future.

“My parents are talking about taking me back to my home country to get married, but I don’t want to. They get violent when I don’t do what they want. I want to leave home but they’d never agree to it. I just want to live a normal teenage life, but they won’t let me,” she said.

RT spoke to another person, Jasvinder Sanghera, who says she was locked in a room when she was 16 for refusing an arranged marriage. She eventually ran away with a secret boyfriend and lost contact with her family, but later realized that her sister, who was married at 15, had committed suicide.

“People believe because we’re a democracy because we have the rule of law, that these things couldn’t possibly be happening in England, but clearly they are,” Sanghera told RT.

She went on to state that forced marriage and honor abuse is “fundamentally against every religion,” but that victims are not taught that. 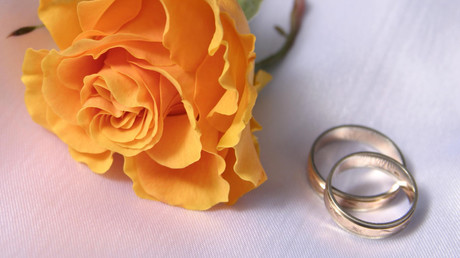 “Families will use these (religions) as justifications, but we need to send out very strong messages that in Britain it is a criminal offense to force someone to marry,” she said, adding that it is “not in the interest” of victims’ families to tell them that.

NSPCC chief executive Peter Wanless echoed those statements, saying that “no child should be forced into marriage and we must be clear that, regardless of cultural expectations, this is a crime and an abuse of human rights. Forcing a child to marry shows a complete lack of regard for their feelings, thoughts or ambitions.”

He urged people, including potential victims, to “speak up before it is too late.”

Meanwhile, the UK has also seen an increase in actual forced marriages – not just in concerned phone calls.

A report jointly published by the Home and Foreign Offices earlier this year showed that Britain’s Forced Marriage Unit (FMU) recorded 1,428 cases in 2016, a 17 percent increase from the 1,220 cases recorded the previous year.

Most of the recorded cases involved people from Pakistan. Others were from Bangladesh, India, Somalia, Afghanistan and Saudi Arabia.