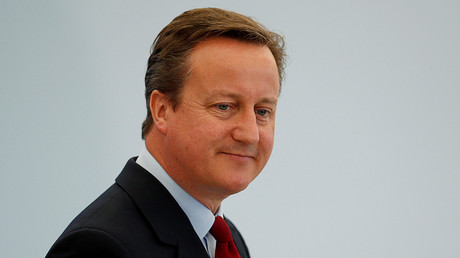 Western democracies must undergo a “course correction” after Brexit and Trump or risk being swept up in a “movement of unhappiness,” former Prime Minister David Cameron has warned.

Speaking to students at DePauw University in Indiana, United States, the ex-PM said the Brexit vote and election of Donald Trump were driven by a “mixture of economics and cultural arguments.”

He also issued a warning over the future of the euro, saying there is “more trouble ahead” for the single currency, which is “not working as intended.”

Cameron’s first major speech since quitting as prime minister and MP for Witney comes two months after the former parliamentarian registered a business in the UK to manage his lucrative speaking fees.

A rise of “populism” cost him his job, he told the audience, before defending his decision to call a referendum, arguing the issue of Europe had “poisoned” British politics for 40 years.

In answer to a question after his speech, which was titled ‘The Historic Events of 2016 and Where We Go From Here’, Cameron said: “So far these three events – the Brexit referendum, the election of President Trump, the referendum in Italy – I’m sure people are going to write about this movement of unhappiness and concern about the state of the world.

“I think you could see that in the British vote … was a mixture of economics and cultural arguments, I think your situation [in the US] was quite similar, I think in Italy it’s more connected with the euro.

“But ultimately, how 2016 goes down in history will depend on what political leaders do next. That’s why I have tried to make a very clear argument which is that if they put their heads in the sand and say, ‘well this will pass and we just carry on the way we are’, then 2016 will be seen as a real watershed.”

Cameron said he believed Western democracies are “flexible enough” and leaders are “aware enough” to “course correct” the problems they face.

He added that there must be greater emphasis on trying to help those left behind through tax cuts for the poor.

The former PM also issued a warning over the future of the single currency in Europe, according to the Telegraph.

“You in the United States have ways to make sure that if you have a bad year you pay less in taxes and offset federal programmes. There are no such arrangements in Europe.”